In advance of Israel’s 70th anniversary celebrations, high schools around the globe are signing up to take part in an educational and social initiative to focus on a more complex side of the country’s existence and the personal price that wars have had on Israeli society and way of life.
The initiative is being promoted in tandem with the groundbreaking new film entitled When the Smoke Clears: A Story of Brotherhood, Resilience and Hope by Imagination Productions. The film was recently featured at the Jewish Film Festival in Miami which highlighted Israeli films in advance of the 70th anniversary celebrations.
The film follows three soldiers, each seriously injured during a recent battle or war in Israel and the daily struggles they have emotionally and physically. Telling their story in their own words and through animation, the viewer goes on an emotional journey through anticipation of their life’s destiny as a soldier; fear during battle, the trauma of injury, survival and hope.
“When you read in the paper about a soldier that got injured, you say ‘phew, at least he is not dead’. You don’t even think about what it means,” says one of the film’s subjects, Ofer, who was wounded in the Second Lebanon War. “I don’t think going to war is heroic. I think what is heroic is when I see people who chose to live after what they’ve gone through.”
The programME, already signed on to by more than forty schools, includes an Instagram campaign that will serve as a shared social space for students around the world to interact and connect over this learning experience. The film will be screened globally on Israel’s Military Remembrance Day, Yom Hazikaron, April 18th.
The film’s producers, Rebecca Shore and Raphael Shore say they were motivated to expose a side of the Israeli narrative that often goes unheard while doing so in a way that would relate to audiences of all ages. “We know that death and loss have always been accepted as part of what our nation has experienced since independence,” says Rebecca Shore. “But the sad reality is that we know much less about the traumas of those who were injured and how those experiences impact on the rest of their lives and those around them.”
This focus on the individual soldiers and their families are designed to encourage deeper discussion and powerful questions in the classroom about service, struggle, brotherhood and resilience. Imagination Productions has developed a specially-designed cut of the film for student audiences as well as an accompanying curriculum and discussion guide and instructor training.
“Students around the world connect to Israel in many ways,” says Shore. “But it is imperative they appreciate the sacrifices of her soldiers not just in terms of memorial but also how these traumas impact on everyday life in Israel for so many people, “she says. “This is a big part of the story of the nation’s heroism and victory. We welcome the chance to share this perspective while also employing social media to promote engagement in ways we know best conforms to the interests of younger students.”
Schools are invited to find out about this global movement by visiting https://wsc.jerusalemu.org/yom-hazikaron-2018/ 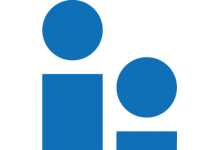 Prince of Wales In Isolation