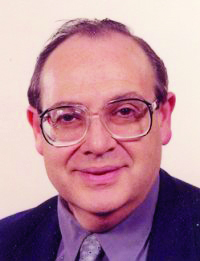 A general election is full of uncertainties – a collection of fogs made murkier still by opinion polls purporting to tell us what our fellow citizens are thinking and how their thoughts are supposedly changing day by day. Of course, to the media the polls are manna from heaven. But remember that, however well conducted, a poll has an inbuilt statistical error of plus or minus 3%, and that if you must follow the polls, it’s safer to follow the trend and not rely on just one poll or the output of just one polling organisation.

What interests me – and what I’ve spent a good proportion of my academic life studying – is the fate of Jewish candidates and the behaviour of Jewish electors. In what are arguably the two most “Jewish” constituencies in England, Hendon and adjacent Golders Green & Finchley, the two non-Jewish Conservative incumbents (respectively Matthew Offord and Mike Freer) will face two high-profile Jews – Mike Katz, a vice-chair of the Jewish Labour Movement, and Jeremy Newmark, the JLM’s current chair.

I cannot believe that the choice of two such high-profile Jews to fight these seats was accidental. Under the leadership of Jeremy Corbyn the relationship between Labour and British Jewry has gone from bad to worse and from worse to appalling. But is the Jewish identity of Comrades Newmark and Katz likely to make any difference to their electoral fate next month?

On the evidence of history, the answer is a qualified yes.
An examination of local election results suggests that Jewish voters are likely to be attracted to Jewish candidates irrespective of those candidates’ political affiliations. This attraction explains, for example, why there was a revival in Conservative fortunes in Hackney at the end of the 1970s: the Tories deliberately chose a leading ultra-Orthodox Jew – the late Joe Lobenstein – to fight a ward (Springfield) where there were many ultra-Orthodox voters, and these voters appear to have plumped for him regardless of his politics or theirs. Indeed the Hackney evidence (then and since then) leads me to conclude that being Jewish, and particularly being an Orthodox Jew in an Orthodox area, gves a candidate a limited but distinct and perhaps decisive advantage, at least at local-election level, where Jewish electorates are concerned.

At parliamentary level the situation is less clear. There are plenty of instances of well-known Jews being defeated in Jewish areas: Barnett Janner (Greville’s father) at Whitechapel in 1930, for instance, and Dr Bernard Homa (leading light of the Machzike Hadass community) at the old Hendon South constituency in 1951 and 1955. In 2015 the Jewish Tory incumbent at Ilford North, Lee Scott, famously and narrowly lost a seat he had held for a decade to the non-Jewish Labour challenger Wes Streeting. But the electoral history of Ilford North also presents some contrary evidence. At the October 1974 election the popular Jewish Labour candidate, Mrs Milly Miller, snatched the seat from the Tories by just 778 votes: Labour party workers felt – and local Conservatives with whom I spoke agreed – that because of her identity and commitment Mrs Miller had brought to her side several hundred Jewish voters who might otherwise have abstained, and that it was this which had brought her victory.
Which brings me to some generic issues regarding Anglo-Jewish voting behaviour.
We British Jews are not natural abstainers. We love to vote and we regard voting as an affirmation of our British-Jewish identity. Look at the evidence of history. Jews were legally prohibited from voting until 1835. But there are plenty of instances of Jews voting before that date – for instance at the general election of December 1832 in Liverpool, where the poll book [a printed record of voting, which was then public] tells us that Rabbi Asher Ansell was permitted to exercise the right to vote, and did so.

Data relating to Boris Johnson’s victory over Ken Livingstone in the London mayoral contest of 2008 suggests that large numbers of Jewish electors who might have stayed at home actually went out of their way to vote for Johnson just in order to eject the Jew-baiting Red Ken from City Hall. And the 2012 London mayoral result seems to confirm high pro-Johnson turnouts in “Jewish” voting districts.

At the time of that epic contest, one polling organisation (“Populus”) surveyed a sample of London voters generally over a wide range of issues, one of which concerned “the poor relationship between Ken Livingstone and the Jewish Community.” Specifically, respondents in the sample were asked how important that factor was (along with many others) in determining how they would cast their mayoral votes. Of those respondents who declared themselves first-preference Johnson supporters some 40% specifically identified Livingstone‘s attitude to Jews as either a “very important” or a “quite important” factor in propelling them to vote for his Conservative opponent.

So it’s really easy to understand why Labour has chosen high-profile Jewish candidates in Finchley and Hendon. We’ll have to wait until 8 June to find out whether Labour was correct in doing so. That poll is – after all – the only one that really matters. 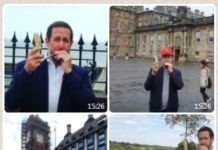