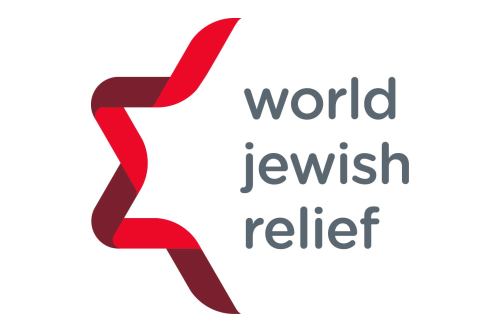 It is reported that since 2017, over one million Muslims (Uyghurs, ethic Kazakhs and Uzbeks) have been rounded up and detained in ‘re-education centres’ in China. Uyghurs have fled in droves as a campaign of assimilation has intensified. There have been numerous reports of compulsory sterilization, physical and sexual abuse, repression of religion and the destruction of religious buildings.

The Jewish community has led the way, highlighting these atrocities and championing the plight of the Uyghur community. The Chief Rabbi, the Board of Deputies, Holocaust Survivors and the wider community have all been outspoken, campaigning for action by Government.

But, in recent years, over 11,000 Uyghurs have risked a hazardous journey and fled to Turkey to escape this persecution. Turkey initially welcomed their arrival, but tragically many are now stranded there with no right to work, no food, and no means of support. Most cannot access employment or the health system and are unable to gain citizenship or refugee status. They risk being interned if they return to China and live in a constant state of fear.

Over 6,000 Uyghur refugees in Turkey urgently need our assistance and World Jewish Relief has the expertise and ability to support them today. Therefore, they have chosen to launch an appeal, to assist this extremely vulnerable community in exile.

With the support of the Jewish community, World Jewish Relief will provide the most at-risk Uyghur families in Turkey with emergency food packages, healthcare and psychological support.

World Jewish Relief was founded to save those being persecuted in Nazi-occupied Europe and has been supporting refugees fleeing the conflict in Syria for almost a decade. Our community knows only too well the unique challenges faced by refugees both during and after such immense trauma and suffering.

Supporting the Uyghur Refugee Emergency Appeal, Chief Rabbi Ephraim Mirvis says: “World Jewish Relief are performing a vital service by undertaking this emergency appeal, and I commend them for identifying a substantial Uyghur refugee population in desperate need of our assistance. I urge you to generously support this campaign, whilst keeping in mind the many Uyghurs we are unable to offer the very same type of practical help at this moment in time.”

World Jewish Relief Chief Executive Paul Anticoni says: “British Jewry has shown outstanding leadership in its support for the Uyghurs. I am proud that today World Jewish Relief, utilising its expertise and ability to deliver practical humanitarian assistance, is able to play its part in this tragic and deeply worrying issue.”

Lord Alton, former MP and Life Peer in the House of Lords, has been outspoken in his support for the appeal: “World Jewish Relief’s timely and welcome Uyghur Refugee Urgent Appeal has been launched to highlight their plight and to offer practical help. The rest of the world needs to get behind it.”

Nusrat Ghani, Member of Parliament for Wealden in East Sussex, says: “This is a timely initiative from World Jewish Relief, supported by Jewish News and The Board of Deputies, both of whom have campaigned powerfully on the situation facing the Uyghurs. Their plight is one of the most desperate in our world today. The Uyghur Refugee Urgent Appeal will make a significant and meaningful difference for 6,000 families who have fled oppression in Xinjiang and now reside in Turkey. It deserves our full support.”

Donate to the Uyghur Refugee Urgent Appeal at www.worldjewishrelief.org/uyghur