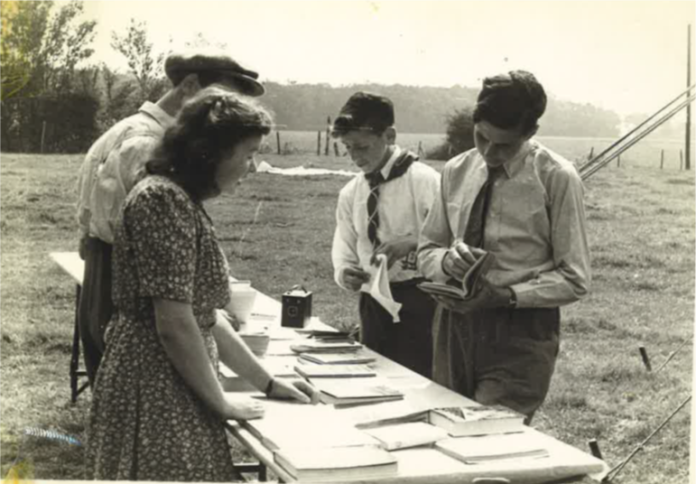 Bnei Akiva is this year celebrating it’s 80th birthday in the UK, with 80 events across the year to mark this historic milestone. Throughout the decades the impact that the movement has had on our community has been profound, and it’s legacy continues to grow with each new cohort of alumni.

Bnei Akiva was first introduced on a very local level in Stamford Hill by Cecil Sklan and Benny Pollak, and inspired by Shaliach David Intriligator. It remained local until the arrival of Arieh Handler, and the Kindertransport of 1939. With young Jewish children fleeing Nazi Germany, Arieh Handler set up the first Hachshara farm at Gwrych Castle in North Wales. Here young refugees were cared for by Bnei Akiva and Bachad, under the charismatic guidance of Arieh. They learned agricultural skills and religious texts, with a view to setting up Kibbutzim in Mandate Palestine. Bnei Akiva and Bachad went on to launch several other farms across the country, and in 1944 Bnei Akiva bought its own farm, Thaxted, where Summer and Winter camps were held. The first Aliyah took place in 1945, and this began a consistent flow of Bnei Akiva Olim that continues to this day.

As Bnei Akiva developed across the years there was a move away from farms and agriculture, with Hachshara moving to an experience in Israel itself. The Bnei Akiva Scholarship Institute (BASI) was set up, and the movement purchased buildings in London, Manchester and Glasgow. It fully embedded itself in the community as the leading youth voice for Religious Zionism, with an ideology of Am Yisrael, B’Eretz Yisrael, V’Al Pi Torat Yisrael – The People of Israel, in the Land of Israel, According to the Torah of Israel.

One of the key markers of success for Bnei Akiva over the years has been the incredible calibre of alumni it produces. The education and ideological zeal within the movement is second to none, and its hadracha journey has helped mold and create some of the community’s greatest ambassadors both in the UK and Israel. It is proud to call both the current Chief Rabbi Mirvis and his predecessor Chief Rabbi Lord Sacks as members of the tnua (movement), as well as many leading lights in industry, politics, communities and charities. Bnei Akiva has also played its role in the history of Israel, with Arieh Handler being present at the Declaration of the State, and Yehuda Avner also a former Mazkir of Bnei Akiva UK.

As Bnei Akiva heads into its 80th year, it can look proudly back on its history, and look to the future with renewed optimism. Under the leadership of Mazkira Hannah Reuben, membership numbers are strong and events are able to attract over 1000 attendees – the future is promising for Religious Zionism!

Over the course of this Bnei Akiva will be holding 80 celebratory events in a community near you. Look out for Family Fun Days, a Hachnasat Sefer Torah, Film Screenings, Kiddushim, Parties and much more. For more information on events near you visit https://www.bauk.org/BA80/