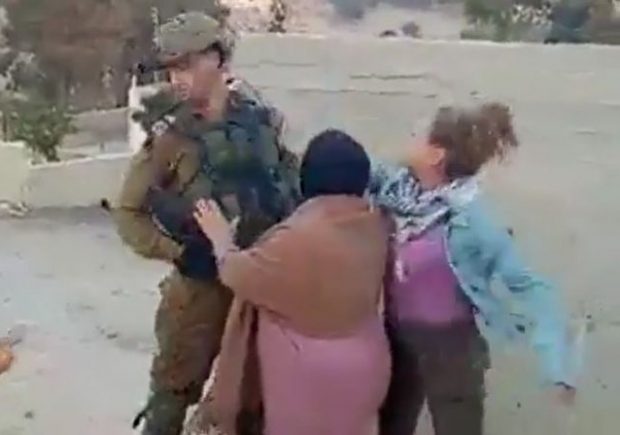 An Israeli court has denied bail to 17-year-old Ahed Tamimi who was caught on camera slapping and kicking two Israeli soldiers on 15 December. The West Bank military court on Wednesday ordered the Palestinian to be held behind bars until the trial is over.

It is ironic that the Palestinian “human rights” group taking the video in order to provoke a violent retaliation from the soldiers is the very same evidence being used to put Tamimi on trial.

Although as some say, the girl has become the latest symbol for “Palestinian resistance” and demonstrations will likely follow in major cities across the world, others point out that Tamimi was being used as a pawn to do the dirty work of the militant Palestinians who reject Israel in any part of the Middle East.

Ahed Tamimi and a female friend attacked soldiers in the West Bank village of Nabi Saleh which has become a regular staging ground used by Human Rights organisations for provoking clashes with Israeli soldiers. The girls were soon joined by 3 other Palestinians, one being her mother.

The IDF along with Border Police traced down the girl and her mother, 3 days after the incident and arrested them both.

The Tamimi family have a history of involvement in violent incidents. In August 2015 an IDF soldier was caught on film trying to arrest 12-year-old Muhammad Tamimi, who was throwing rocks during a violent protest. Footage showed a soldier restraining the boy, but a group of women and children, including Muhammad’s sister jumped onto the soldier repeatedly kicking and punching him while he was still holding down the boy. The soldier got his hand severely bitten by the kid.

This and last December’s video drew millions of views online from across the word. However, the IDF said the soldiers last month acted “professionally” in not reacting to the slaps who “used physical violence and prevented the soldiers from carrying out their duties.”