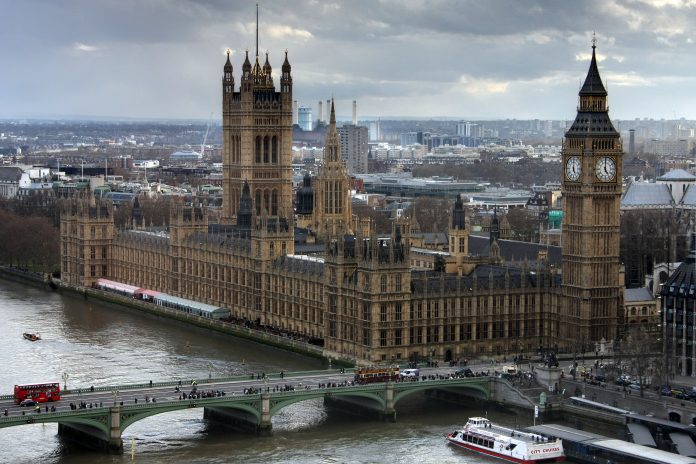 As members of the World Jewish Congress (WJC) entered the Boothroyd Committee Room at Westminster this week, a list of names lined up to share their views on a range of issues including the Balfour declaration, the Boycott movement and anti-Semitism.
Flying in from various cities in the USA, South America and Europe, the Executive Board took up their seats around the large table shaped in a horse shoe and Jonathan Arkush of the Board of Deputies welcomed the guests.
The All-Party Parliamentary Group on British Jews is co-chaired by Ilford North Labour MP, Wes Streeting, who received warm congratulations from Mr. Arkush, for his support and increased majority in last June’s general election, which rose from approximately 200 votes to just under 10,000.
The Labour MP made it clear that he opposed the Boycott Sanctions and Divestment (BDS) movement in its entirely and stressed how it was counter-productive. But just a week earlier at the Jewish Labour Movement conference, in true “politician” language, Streeting slated Israel in front of a large audience at the JW3 centre.
The MP went on a rampage against the Israeli elected government, the “occupation,” “illegal settlements” and “human rights” and stated that although he would not support the BDS, he gave the reason, “Because it would play into the hands of Netanyahu and the Likud.” Yet the Israeli Labour Party and Centralist Kadima Faction offered the Palestinians a state, but it was repeatedly refused.
Conservative MP, Oliver Dowden is also Co-Chair of the All-Party Group and was scheduled to speak after Wes Streeting, but was called away to help prepare for the urgent government vote in the house on the transfer of EU laws to Britain. MP Streeting quickly took the opportunity to make a comment about the Conservative party losing their majority in the House and therefore having to sometimes suddenly be called to the House.
But his excellency, Ambassador of Israel to the Court of St. James, Mark Regev, was happy to step in slightly earlier than expected and give another polished performance to the audience.
His subject was the Balfour Declaration and confirmed that the Israeli Prime Minister will be in London for that historic day on 2 November to celebrate the centenary of that famous letter written in 1917. The Ambassador further said that he hoped Britain would say that she is proud to have played its part in helping the Jewish people return to their ancient homeland. But that maybe pushing it just a bit as the government is struggling for votes at a difficult time and without a majority, may wish to play it safe in the diplomacy field.
Mark Regev was then happy to give way to the right honourable Secretary of State for Communities and Local Government, who had just walked into the room.
Sajid Javid MP is a true friend to the Jewish people and a great long-time supporter of Israel. He stressed how the Jewish community had made such a large contribution to Britain but pointed out that anti-Semitism is growing and in a private meeting, revealed how he receives so much hate mail. The Minister also told the WJC audience “those killers of Israeli children are not condemned, without attacking Israel in some way.”
Mr. Javid also referred to the new Holocaust Centre being built not far from where the committee room is based, “which will become a strong form of education to all school children.”
Sajid closed his talk by saying that people often ask him how is it that he is so pro-Jewish? He answered by relating a story that his father had told him when he was a young boy. In it he added that “The Jewish people had been the most persecuted people in history.” He then thanked his father for instilling in him the knowledge and understanding that he has for the Jewish community today.
Finally, the right honorable Yvette Cooper MP, who is Chair of the Home Affairs Committee arrived and Mark Regev who had been asked to say a few more words up to that point, gave way to Ms. Cooper when she walked into the room.
Jonathan Arkush once again gave her a warm welcome as he had done to the previous speakers and made a reference to her party. “We have not given up on the Labour Party and with friends like Yvette, we can fight the difficulties in Labour.”
The former front bench Labour minister explained how she was so happy to see interfaith gatherings and meetings between communities and gave the example of how the CST is working together with the Muslim organisation, Tell Mama, which exposes what is termed as Islamophobia.
As part of the WJC visit to London, hosted by the Board of Deputies, around 20 young and possible future leaders from the Jewish Diplomatic Corps were taken to the Foreign Office and the embassies of Germany and Serbia.
The key message was that it was now time to for countries to stop the astonishing levels of bias against Israel at the United Nations (UN).
Those visiting the Foreign Office thanked officials for the UK’s new principles on the issue, outlined by the UK’s Ambassador to the UN Human Rights Council last March where he said that the UK was “putting the Human Rights Council on notice” about bias. Matthew Rycroft made it clear that the the UK would vote against all resolutions condemning Israel if things did not change.