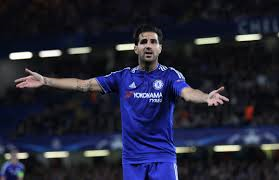 L’EQUIPE secured the Division Two championship with a thumping 6-1 triumph against Faithfold B.

Brothers Andy and Mark Smith scored two goals apiece in a red-letter day for the club.

Manager Nick Stern’s runaway title winners are in their tenth season as a club and clinched the title with four games to spare.

“We won this league because of togetherness,” commented a delighted Stern, who has played in Jewish football for 15 years.

“We are the tightest group of people who want to play for the shirt and that goes a lot further than just being skillful.

“It’s a cliché but we only discussed each game in turn and never got ahead ourselves.

“I’ve seen too many surprises and shocks in football so until the title is actually in your hands, you take nothing for granted.

“It was only when the final whistle blew that I could relax and say we’ve won the league which is a pretty crazy thing to say.”

Stern added: “This club has always struggled, we’ve never won anything but have never pulled out of a game and always shown the right spirit, which I’m really proud about.

“But this year what this team has achieved is really special.

“We made a couple of additions to the squad pre-season and hoped to challenge but to go undefeated was beyond our wildest dreams.

“We still have an unbeaten to uphold and the celebrations will kick off after our final home game of the season against Temple Fortune on April 9.”

Stern had a special mention for the founder of the L’Equipe.

“For Mark Singer, who set up the team, to be captain and chairman, and still involved is pretty special,” he said.

The opening goal of a one-sided contest came early on from a Matt Gilbery throw-in flicked on by Andy Smith for older brother Mark Smith to nod home from close range.

L’Equipe’s second arrived from a Gilbery cross diverted into his own goal by a Faithfold’s captain and a third shortly before half time when a long punt upfield caused confusion in the Faithfold defence for Andy Smith to tap home.

Smith made it 4-0 from a penalty before another own goal from Faithfold’s skipper summed up the encounter.

Mark Smith headed the final L’Equipe goal prior to a consolation penalty by Faithfold’s Richard Fogelman.

The last statistic though must go to L’Equipe who secured a 14th win from 16 games during a truly mementos season.