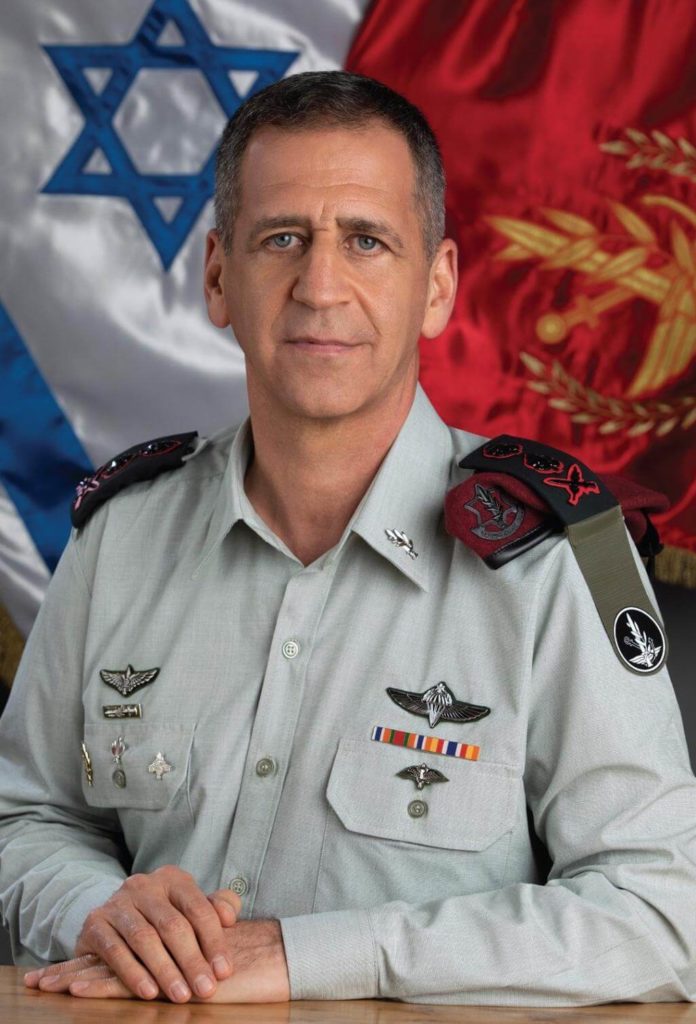 A fragile ceasefire is holding between Israel and Palestinian Islamic Jihad (PIJ) in Gaza after two days cross-border attacks earlier this week.

Egypt brokered the deal at 11pm on Tuesday night after militants fired a reported 100 plus rockets across the troubled border into Israeli territory. The agreement was reached following mediation of Egypt intelligence officials and UN Special Coordinator for the Middle East Nickolay Mladenov.

Israeli leaders were keen to end the conflict before Monday’s general election. Security experts however anticipate more rocket attacks before the country goes to the polls.

“I can’t say whether we are in the middle or toward the end, whether the situation will escalate or abate,” he said. “It appears to me that the fragility of the situation is clear as well as the speed with which our borders can be breached, with which dangers can take place and in which we can find ourselves in an operation.

“A good many of the operations in the last 20 years, even wars, began this way, from escalation that devolved into something much bigger. We will do everything to protect the citizens of the Gaza periphery communities and prevent them from feeling a sense of insecurity.”

Israel Defence Forces struck numerous terror facilities in Gaza and Syria including military compounds for naval weapons storage and training during the hostilities.

The Iron Dome missile defense system intercepted around 90% of missiles that would have landed in populated areas. An Israeli man sustained moderate injuries while 15 people were treated at Barzilai Hospital in Ashkelon with light injuries.

The wave of violence started after the body of PIJ militant, killed by IDF forces while trying to place a bomb on the border fence, was seized by troops and taken into Israel by a bulldozer.

Defence Minister Naftali Bennett has ordered the IDF to withhold bodies of terrorists for future negotiations with Hamas, but not at the risk of soldiers.

“I am sick of the hypocritical left-wing criticism of the ‘inhumanity’ of using a bulldozer to bring us the body of a terrorist who tried to murder Israelis,” he wrote on Twitter.

“Hamas is holding the bodies of (soldiers) Hadar Goldin and Oron (Shaul). I back the IDF that killed the terrorists and collected the body. This is how we should and will act.”

The terror group went on to declare it had “completed its military response on Monday.

Fighting briefly continued before calm ensued. PIJ’s military wing warned it would retaliate against Israeli attempts to attack the Palestinian people and its land.

IDF’s Home Front Command shut schools in border communities during the attacks, meetings of over 300 people and outdoor gatherings were banned while the Education Ministry instructed over 65,000 students to remain at home. Examinations were suspended at Sapir College, Ashkelon College and Hamdat HaDarom Academic College.

Trains between Ashkelon and Be’er Sheva were also suspended, train stations in Sderot, Ofakim and Netivot were closed. Trains from Ra’anana to Be’er Sheva stopped at Ashkelon station whilst passengers to Be’er Sheva used another line passing through Lod, Kiryat Gat and Lehavim-Rahat.

The IDF closed Gaza border roads, residents stayed at home if workplaces had no bomb shelter close by.

“I only go to war as a last option but we have prepared something you can’t even imagine,” he told Army Radio.

“War is a last resort, but there may be no escape from it,” he said. “If Israel is in the position of entering a large-scale military operation, we will have to deal a bigger blow than (previous Gaza wars). It could very well be that we may have to carry out ‘the mother of all operations’.”

During a visit to Ariel with a US-Israel committee mapping areas according to US President Donald Trump’s peace plan, Netanyahu told reporters that Islamic Jihad and Hamas must understand the violence had to end.

“If they don’t stop the rocket fire completely we’ll be forced to implement the plan for the wide-scale operation we’ve prepared,” he noted. “It contains new surprising things.”

Bennett told delegates at a conference in Jerusalem that Israel would “fundamentally change” the situation in the Gaza Strip for people in the south.

“They deserve peace and security,” he said.

An IDF spokesman said Israel would “respond fiercely” to terrorist activity that targeted Israeli civilians and harmed its sovereignty.

“The IDF is at a high level of alert and will continue to act as necessary against any attempts to harm the citizens of Israel,” they noted.

Restrictions started to be lifted on Tuesday morning but civilians had to remain close to bomb shelters. Schools in Ashkelon, Netivot, Sderot remained closed as a precaution.

The latest incident came as Israel is making intense efforts for calm on the Gaza border.

Last November 2019 around 460 rockets were fired from Gaza into Israel following the assassination of Islamic Jihad commander Abu al Atta. The IDF said 25 of those killed were Islamic Jihad militants.