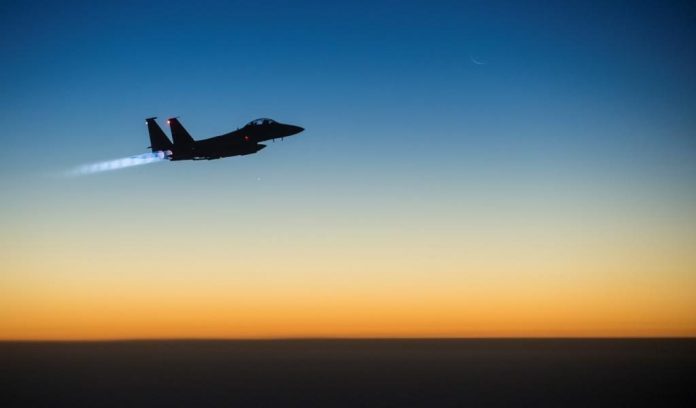 A weapons depot belonging to the Hezbollah terror group was hit by an airstrike last night near the Syrian city of Homs, according to the UK-based Syrian Observatory for Human Rights.

Explosions were heard near the Dabaa airport, 12 miles southwest of Homs and six miles from the Lebanese border, where soldiers fighting for Hezbollah and other Shia militias are believed to be based.  A senior officer in the Free Syrian Army estimated that four missiles destroyed the base’s air defence systems.

The Syrian SANA news agency contradicted these reports, claiming “our air defence systems confronted the attack and prevented it from achieving its aim”. Lebanese media reported that the Syrian air defence system shot down an Israeli fighter jet.

Yesterday’s strike follows reports of an earlier strike yesterday on a power installation near the Syrian border with Iraq, where a dozen pro-regime fighters were believed to have been killed. A Syrian Government source said it was an Iranian Revolutionary Guard Corps (IRGC) base.

Pentagon spokesman Lt Col Kone Faulkner said SANA reports that the US carried out the attack were “false”.

Israel has launched air strikes in Syria to prevent the transfer of sophisticated weapons to Hezbollah. In September 2017, outgoing Israeli Air Force Chief Amir Eshel confirmed Israel had carried out over 100 such strikes.

Earlier this month the IRGC’s elite Quds force, supported by Shia militias, fired 32 Fajr-5 and Grad missiles at Israel. In response, Israel hit 70 sites connected to the Quds Force and nearly all of Iran’s military infrastructure in the country, according to Israeli Defence Minister Avigdor Lieberman.