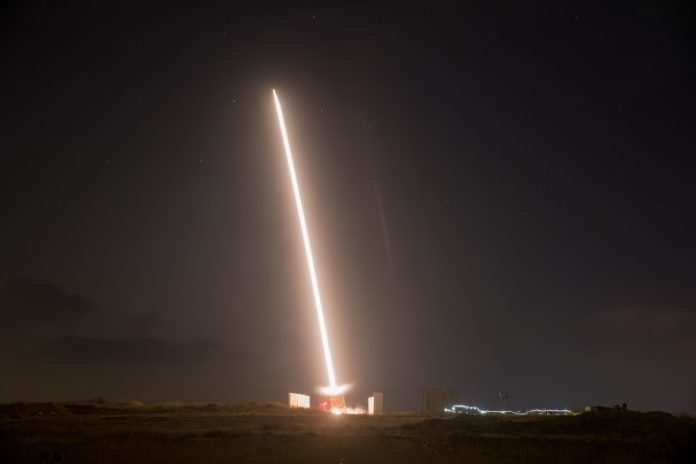 Rocket sirens alerted Kibbutz Nahal Oz, Kibbutz Sa’ad and Kfar Aza during the afternoon as children were ending the school day. There were no reports of damage or injuries.

“The IDF regards the rocket attack from Gaza into Israel as grave and will continue to act against any attempt to harm Israeli civilians and considers the Hamas rulers responsible,” An IDF spokesperson said in a statement.

Gantz was clear on the way ahead with a third set of elections in a year just week’s away.

“Netanyahu failed in his job to protect the citizens of the south,” he noted on scoial media. “We will put an end to the celebration of rockets and cash that he transfers to Hamas. It’s time for a decision.”

The cross- order incident came after three weeks relative calm enforced by Hamas as negotiations on a long term peace deal appeared to have stagnated. And there is concern among IDF officials that Hamas allowed an attack to pressure Israel and Egypt into resuming talks with the terror group.

A week of tension also brought reports from Syrian state news of an Israel Air Force strike on a T-4 military airport near Homs in western Syria.

A warehouse housing Iranian weapons was reportedly destroyed. There were no injuries and most missiles were reportedly intercepted, though four landed at the base.

US Secretary of State Mike Pompeo confirmed on Twitter after discussions with Netanyahu that there were “developments in the region” and the conversation was “productive”.

Pompeo added the United States was as “committed as ever” to Israel’s defense.

The T-4 base has been hit by the IAF targeting warehouses and weapons.

Technion AI to help Pfizer with its next drugs

Rabbi Apple on this week’s Sidrot

Technion AI to help Pfizer with its next drugs

Rabbi Apple on this week’s Sidrot