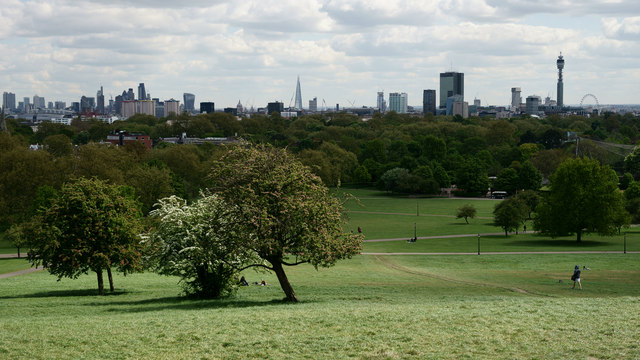 A Jewish pupil from JCoSS School in North London is in hospital after being stabbed 12 times during an apparent attack by four other boys.

Police were called to the incident at 9.30pm on Tuesday that left a 16 year-old boy suffering from “serious” leg wounds.

The year 12 student was found in Primrose Hill Road with stab wounds and rushed to a central London hospital in a condition described as “serious but stable”.

The Community Security Trust is monitoring the incident, which they believe not to be anti-Semitic.

“Our understanding is that this attack was not motivated by anti-Semitism but it is still something that will deeply concern all parents that hear about it,” said Marc Gardner, CST.
“We have been in contact with both the police and the school and await further updates.”
Police were called to the incident by London Ambulance Service to reports of a person with stab injuries. Officers attended and the Ambulance service rushed the injured boy to a central London hospital.

Police closed roads in the area to conduct enquiries.

Officers believe the victim was in the park with female friends when four suspects approached.

Following a brief altercation, officers believe the victim was physically attacked and stabbed.

The suspects, four white males, were not known to the victim or his friends.
Enquiries are ongoing and no arrests have taken place.

Police are appealing for witnesses.

Detective Sergeant Steve Masterson said: “The victim in this case sustained a significant injury that continues to be classified as ‘serious’ and will require surgery.
“It is vital that we trace and apprehend those responsible for this motiveless and cowardly attack and I appeal to anyone who was in the park at around 9.30pm who saw a group of males to contact police.

“Your information, no matter how unimportant it may seem, could provide a piece of the puzzle that leads us to the suspects.”

JCoSS have issued the following statement.

“A year 12 JCoSS student has been the target of a serious incident on Primrose Hill on Tuesday evening and is recovering in hospital. An emergency assembly was held this morning to inform students in his year group and they were offered further support should they need it. Our thoughts are with the student and his family and we wish him a speedy recovery.”

Police have appealed for witnesses to contact Central North Command Unit by dialling 101, via Twitter @MetCC or anonymously at Crimestoppers on 0800 555 111.