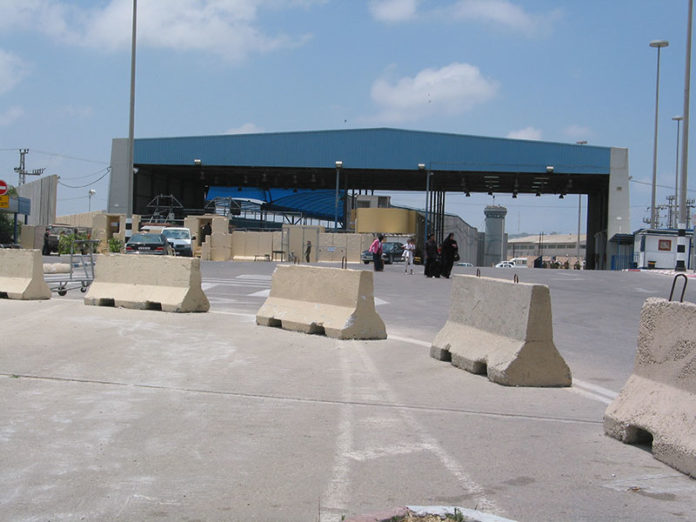 Defense Minister Avigdor Lieberman, following a ‘situation’ assessment with IDF Chief of Staff Gadi Eisenkot and other defense heads, has also expanded the fishing zone back to nine nautical miles from the shore.

Both decisions are on the proviso terror attacks continue to cease on the border with Israel.

“The opening of the Kerem Shalom crossing is intended to indicate to the population in Gaza that maintaining quiet is first and foremost an interest for Gaza’s residents,” he said.

“I differentiate between the Hamas leadership and regular Gaza residents.”

“Calm pays off and violence does not,” he added.

“ Gaza residents have something to gain when Israeli citizens enjoy quiet and security, and something to lose when this quiet is broken.”

Kerem Shalom has been closed to most goods since July 9.

Fuel has occasionally been banned during this period though food and medicine has been allowed.

“Residents of Gaza need to understand that the State of Israel is not the problem, but the solution,” noted Lieberman.

“The problem is the Hamas leadership, which uses civilians as live ammunition and as a human shield.”

Gaza border clashes began March 30 and have led to months of sporadic military action following a torrent of kites and balloons carrying firebombs into Israeli land.

A fragile truce came into effect seven days ago, mediated by Egypt and the United Nations, according to sources.

Lieberman noted that recent days have been “the most quiet” since March 30 after extensive Israeli air strikes following the launching of over 180 rockets and mortar rounds last week.

Three Palestinians were killed, while seven Israelis were wounded during hostilities in what was one of the largest escalations of terror since the 2014 Gaza war.

The defense minister reminded residents of a time when 90,000 Gazans worked in Israel.

“We hope for you, Gaza residents, that all of Hamas’s budgets and the funds from the international community are allocated to your well being and to the development of the strip, instead of to terrorism, he said.

Israeli officials have not commented on apparent efforts to secure a long-term truce with Hamas.

But Lieberman stressed any long-term deal hinges on a return to calm on the border.

“No one should have any doubt, we will do everything to ensure the safety of Israeli citizens and if Hamas turns to violence again, we will respond immediately and more harshly than in the past,” he said.

The decision has not gone down well across the political divide.

“Lieberman’s gestures to Hamas are a mistake,” noted a press statement from Bennett’s office.

It also pointed out that Hamas would regroup for the next round of fighting with Israel.

The comments continue a string of disagreements between the two ministers.

“This is a prize in return for 130 days of terror, rockets, snipers and incendiary balloons,” Bennett said.

“This ‘quiet’ will award Hamas total immunity to replenish tens of thousands of rockets threatening all parts of the country and allow them to launch a war against Israel at a time and under conditions most convenient to them.”

Bennett believes the decision will lead to two “highly dangerous” fronts in the north and south at a time determined by the enemy under their conditions.

He also stressed Israel should not reward terrorists without the return of two Israeli civilians held captive by Hamas alongside the remains of Lt. Hadar Goldin and Staff Sgt. Oron Shaul killed during Operation Protective Edge in 2014.

“Terrorists will learn that terror pays and Israel’s power of deterrent will be harmed,” Bennett said.

He added, “There is an alternative that does not involve a ground operation into Gaza, which we oppose.

“We have initiated a plan to eliminate the terror from Gaza without manoeuvring ground forces into Gaza, yet exacting a decisive price from Hamas.

“We put forward the plan in the relevant security forums. At this stage, it has not yet been adopted, but we will continue to promote this.”

In an ever-changing situation in Gaza only time will tell if this latest initiative holds.