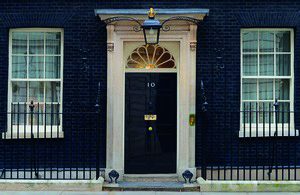 Prime Minister Theresa May has warned her ministers against complacency, reminding the cabinet that those polls placing the Conservatives with on a 200 seat plus majority could be completely wrong.
Conservative strategists fear that if their supporters believe victory is a foregone conclusion then they may not turn out to vote. Theresa May has repeatedly said the polls were wrong on the 2015 general election, they were wrong on the EU referendum and they got it wrong on the US Presidential Election. Mrs May also pointed out that the current Labour leader was considered a rank outsider to succeed Ed Miliband before pulling off the shock victory.
However polls were correct when predicting the final two French presidential candidates, so maybe things are changing. But one of the main problems with compiling polls is what will the undecided do on the day of the election.
Jeremy Corbyn has also echoed Mrs May’s comments, saying he was voted in as leader with an overwhelming majority and could be voted in as prime minister next month.
The prime minister however reminded Conservative party helpers that it was important to get across the message that the country was being offered a choice between what she called “strong and stable leadership” under her or “a coalition of chaos and instability led by a floundering, weak and nonsensical Jeremy Corbyn that will put our nation’s future at risk.”
But in an indication of how high the Tories are setting their sights in this election, Mrs May made a visit to South Wales on Tuesday which was always considered safe Labour territory. The Conservatives are also setting their sights on winning five or six seats back from the SNP in Scotland and dozens in the Midlands, North East and North West of England.
Some feel this election is just about Brexit, but Jeremy Corbyn prefers to discuss the economy, education and the NHS, staying away from topics like trident and Europe. Labour’s policy on Brexit is still a mystery to many, but Labour did admit it would scrap Theresa May’s Brexit plans and unilaterally guarantee the rights of EU residents before talks start if it wins power.
While accepting the UK was leaving the EU, shadow Brexit secretary Sir Keir Starmer said Labour wanted a deal that prioritises jobs and workers’ rights. He also said migration rules had to change and that the EU single market should be kept “on the table.” Most Labour MPs backed Remain vote in last year’s referendum.
The Conservatives said only they had a clear plan for exiting the EU, but Open Britain, which  is a grassroots campaign leading the fight against what they describe as a destructive Brexit, will target MPs who voted to leave in last June’s referendum.
The group claim to be cross-party, but their website shows support from only a handful of Labour and Liberal Democratic MPs. This suggests that they have a clear objective – to kick out all pro-leave MPs within pro-remain constituencies – suggesting they believe this election is really only about Brexit.