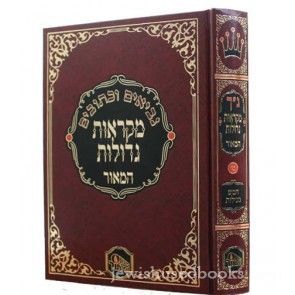 Yehoshua gets up early in the morning, and the Jewish people journeyed from Shittim and arrived at the Jordan River. After three days, the officers in the midst of the camp commanded the people, telling them that when they see the Aron Hakodesh (Holy Ark) being carried by the Kohanim and the Levi’im, they shall get up and follow it, provided there is a distance of 2000 cubits between the people and the Aron Hakodesh.

Yehoshua tells the people to prepare themselves because Hashem will soon be doing wonders for them. He then told the Kohanim to carry the Aron Hakodesh and to walk in front of the people.

Hashem then tells Yehoshua to command the Kohanim, telling them that when they come to the River Jordan’s edge, they shall stand in the water. Yehoshua tells the people to take 12 men, one from each tribe. According to the Malbim, a prominent Torah commentator, these men were chosen to witness the miracle that was about to happen.

The Jordan River was at its highest point at the time because the Jewish people entered Israel in the month of Nissan, which is a time when the mountain snows started to melt and run into the River.

The miracle that was going to happen was that just as the feet of the Kohanim touch the River Jordan, the waters will be cut off, and the waters that descend from upstream will stand as one column. This is what happened.