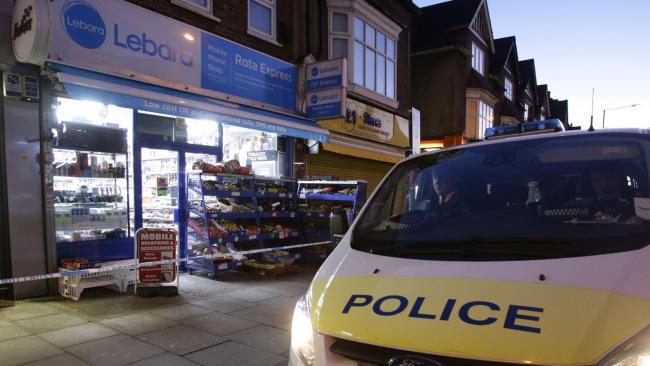 An appeal set up by Rabbi Yitzchak Schochet of Mill Hill Synagogue to help the family of Vijay Patel killed in an unprovoked attack last Saturday night has reached £21,143 as The Jewish Weekly went to press.
The ‘crowdfunding appeal’ on the Just Giving site is “well beyond” Rabbi Schochet’s expectations of a £1,000 target.
“Admittedly, I set the bar low and anticipated exceeding it but this is well beyond anything that I could have imagined,” he said.
“As a Jew, I felt it was my moral obligation to respond to any kind of crisis that strikes at the community, not uniquely the Jewish but the wider community.
“Mill Hill is a very diverse, multi faith, close knit community. There is a lot of camaraderie where people interact and intermingle all the time at all types of shops on the Broadway.
“When something strikes at one of us it effects all of us, so I felt compelled to do something on behalf of the immediate Jewish community to respond. Predominantly Mill Hill members have contributed but donors have come from other communities.
Mr Patel, who worked at Rota Express on Mill Hill Broadway, was attacked after refusing to sell cigarette papers to three teenagers over concerns about their age.
The 49-year-old father-of-two died from fatal injuries on Monday.
A 16-year-old teenager from Brent was charged with his murder on Tuesday.
Police are continuing an appeal for information.
“We believe this to be an unprovoked spontaneous incident sparked entirely by refusal to let the suspects buy what they wanted,” said Ian Lott, a detective inspector from Metropolitan Police’s homicide and major crime command.
“A man has lost his life for no reason other than trying to uphold the law.”
A police spokesman said three teens became “aggressive, threatening to vandalise the shop” when Mr Patel refused to sell items, including cigarette papers at the shop.
The shopkeeper and victim went outside to ensure no damage was done to the shop. The shop’s owner suffered minor injuries when punched by the teenagers, who fled the scene.
Members of the public gave Mr Patel first aid before police and paramedics arrived at the scene.
Police said the group was seen running off along The Broadway in the direction of Mill Hill Broadway Station, after the attack.
Detectives appealed for help in identifying the suspects.
Door-to-door enquiries were carried our and CCTV was gathered from the scene.
Anyone with information about the identity of the three suspects or their whereabouts should contact 020 8358 0200, or call Crimestoppers anonymously on 0800 555 111.