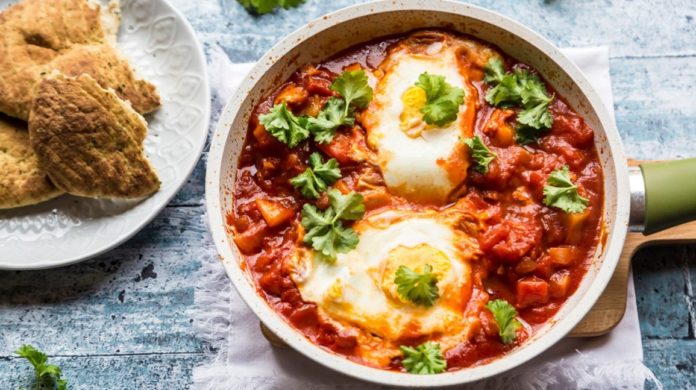 At the core of Jewish identity lies Kosher dietary laws and kosher eating. Almost every “identified” Jew maintains some minimal standard of a kosher diet. Kosher laws themselves are Divine will and do not change with the passing of time – they are eternal and immutable.  However, the manner in which we experience these guidelines varies as the human condition itself transforms. Without question, the “kosher experience” has radically changed over the past century. Parshat Re’eh, containing the list of kosher and non-kosher animals, provides an opportunity to consider these changes and refresh our personal experience of the kosher experience.

The word “kodesh” frames each “list” of kosher foods- both in Re’eh and earlier in Shmini. Often, this term is loosely translated as “holy” but, in reality, the word connotes “detachment” or “separation”. G-d is the ultimate “Kadosh” because He is completely removed from human experience and, for this reason, he is referred to as transcendent. Though humans occupy this physical realm we are instructed to fashion ourselves as “holy” in His image. Though we are meant to interact with this world including experiences of pleasure, we aren’t meant to become indulgent or immersed in pleasure. By constricting our choice of foods, kosher laws protect our ‘kedusha’ and create a healthy distance from the world of endless gorging. We aren’t meant to starve but we also don’t endlessly gobble food. In addition to the practical limitations, kosher laws create attitude adjustment: “Minding” the food we consume should provide perspective on the purpose and function of eating. For us, eating isn’t meant to be unexamined or merely instinctive.

This experience surrounding kosher food was certainly true throughout history as this food wasn’t easily available and typically required personal preparation. Throughout much of history, Jews had limited kosher food availability and this condition certainly created a general detachment from indulgent eating. In the modern context – at least in heavily populated Jewish communities – kosher food has become readily and easily available. Even in communities in which some effort must be expended – kosher food is still available in abundance. Furthermore, over the past two decades, as Jewish travel has increased, kosher food has followed the Jewish traveler. To their great credit, Chabad has been instrumental in enabling kosher food across the globe even in previously unimaginable locations. In the modern context the “kosher experience” no longer barriers us or separates us from our physical world of food and doesn’t create “detachment” or kedusha. Without the “detachment effect” how can our religious experiences be influenced by kashrut observance?

Firstly, it is important to appreciate the revolution in kosher food and why it has become so available. On the one hand Jewish communities have become increasingly influential, and in many cases financially sturdy. This has afforded market leverage to the kosher consumer which ultimately encourages kosher certification.  This market leverage parallels other forms of influence which Jews have achieved, as we have constructed sturdy and hopefully durable Jewish communities. Kosher food availability is a barometer of the health of the modern Jewish community.

Beyond internal changes in the Jewish world, significant advances in worldwide food-production have greatly assisted the expansion of kosher options. Food is increasingly mass produced in centralized locations allowing for easier supervision and certification. In previous centuries, food was locally produced in homes or local bakeries and taverns. Today food-production has become industrialized in centralized production plants. Additionally, dramatic changes in food transportation has allowed kosher food to “travel” to distant areas far beyond concentrated Jewish communities. These important changes have broader benefit as they have assisted in the worldwide struggle against hunger. Though millions still suffer hunger and hunger related illnesses, much of the “modernized” world no longer endures the burden of hunger which afflicted earlier generations. As history advances, humanity strives to completely reverse the “curse of Adam” that the land will yield thorns and spikes. Kosher food availability is a reflective glimmer of a general advance of the human condition.

Returning to the specific area of kashrut, significant changes have occurred through the institutionalization of kashrut supervision. At their best, large kashrut organizations have enabled unity across broad spectrums of Jews who may otherwise be ideologically divided. By adopting broadly accepted Kashrut standards, organizations can include a greater diversity of camps and groups. In the best-case scenario this galvanizes communal activities far beyond the sphere of kosher food. In pre-war Europe the “tamchui” or kosher food distribution- agencies played an outsized role in communal affairs, oftentimes advancing larger communal agendas. In the contemporary context the OU- a USA-based kashrut organization-has parlayed its influence and its financial resources into an assortment of social, political, and educational initiatives.

Of course, as modern kashrut supervision is a profit-driven enterprise, it can potentially create enmity and strife. This is more often experienced at the local level between vying kashrut interests. The institutionalization of kashrut has created communal horizons just as it has created flash points for discord.

Beyond the “organizational” changes of kashrut, the availability of kosher food has created kosher eating opportunities for a broader range of Jews- who may otherwise be disinterested in kosher adherence. Perhaps the modern kosher experience no longer triggers the detachment of “kadosh” but it does create more sweeping Jewish identity- especially among many who may not identify with the more ritualistic elements of religion. Kosher adherence may not create detachment, but it does remind us that “banim atem l’Hashem Elokeichem’ – we are all affiliated as “children of G-d”.  Clearly, kosher food availability has augmented Jewish identity even if it hasn’t preserved the original experience of limiting food consumption. Many Jews may who do not completely adhere to the intricate system of kosher diet, still observe various, if sometimes limited, aspects of kosher laws. In world of diminishing religious observance and necessary exclusion, kosher laws have created an umbrella of inclusion- however partial that may be.