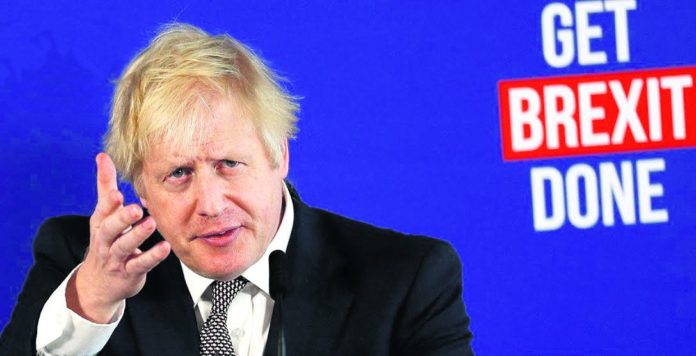 Whilst the civil war rages within the Labour Party over its worst general election result since 1935, Prime Minister Boris Johnson welcomed 109 new Conservative MPs to Westminster this week. His 80-strong House of Commons majority will finally get the Boris Brexit bill over the line, in the oven and ready to serve, which will be an important start to the millions of Labour voters who lent their vote to the Tories.

The Conservatives swept aside Labour in its traditional heartlands in the Midlands, the North and also picked up seats across Wales, whilst holding off the Liberal Democrat challenge in many constituencies in the south.

The Tory party’s share of the vote was the highest since 1979, when Margaret Thatcher became Prime Minister. In the seats where more than 60% of voters backed Leave in the 2016 EU referendum, the increase in Conservative support on average was 6%.

Support for the Conservatives rose by four points in the Midlands, North East and Yorkshire – the regions of England that voted most heavily in favour of Leave. And in Scotland Labour’s vote fell by as much as four points.

Some areas such as Bishop Auckland in the North East had never elected a Tory MP before. Anna Turley who lost her Redcar seat in Cleveland as it voted Tory for the first time ever said that Mr Corbyn and his hard-left political views had proved poisonous on the doorstep in the working class, Leave supporting area.

She said that the Labour leader’s politics was raised far more than Brexit during the campaign, saying: “People didn’t trust him to put our country first. They felt there was a sort of anti-western world view.”

Dame Margaret Hodge, who retained her Barking seat in London, tore into Corbyn saying “I have moved from a depression and sorrow and now moved to anger”.

Meanwhile Jeremy Corbyn and his team are reported to be suffering from BSE: Blame Somebody Else. The Media, Brexit, the Voters, all received their fair share of why Labour never won a majority. But the leadership still insist their policies were the right policies and that “they were very popular.”

However, listening to traditional Labour voters on the various talk radio phone-in shows this week, it was Corbyn’s past and his association with Islamists and the IRA that caused them to place their votes elsewhere. They questioned Corbyn’s allegiance to Britain and referred to him and John McDonnell as producing “dinosaur politics.”

Labour voters also cited their refusal to listen to “the true voices of the working classes” and that the leadership were out of touch. Others said Corbyn is and will always be a protester and not a leader or certainly a Prime Minister. And of course, many highlighted the anti-Semitism cases within the party that were not dwelt with but instead left to grow into a cancer and attract more anti-Semites to the party.