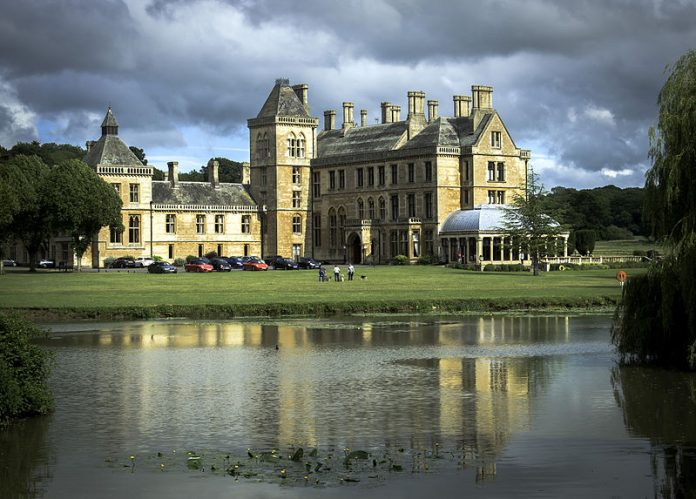 Shabbat UK events took place up and down the country last weekend where Jewish people, many for the first time, were introduced to an experience of true observance of Shabbat with inspirational prayer, delicious food, song and words of Torah.
Among the many programmes that took place across the country was a singles event for 25-35 year olds organised by Rabbi Eli Pink from the Leeds, Chabad Lubavitch, in conjunction with Chabad Young Professionals International.
Some 80 enthusiastic participants arrived at the 16th century country mansion in Warwickshire, once owned by Lord Field and the entertainer Danny La Rue, in an effort to meet a Jewish partner and experience an authentic Shabbat atmosphere.
Chabad Lubavitch of Leeds, who partners with Keren Meromin set up several conference rooms throughout the hotel including a shul, relaxing lounge, a dining room and a large room for a speed dating experience on Shabbat afternoon.
The programme began with Friday night Kabbalat Shabbat prayers, followed by a cocktail Kiddush for half an hour before the The Big Friday night dinner which saw French magician Nicholas Clement visit each table with a private performance. The entertainment continued late.
After Shacharit the following morning, a Kiddush brunch was set up and then PR Consultant and Journalist, James Marlow delivered a humourous interactive quiz workshop in the relaxing lounge related to every day Jewish halachic questions.
More food was then on offer during a two-hour lunch until the speed dating session took centre stage later in the day. Immediately after Minchah, a discussion panel consisting of Rabbis Eli Pink and Yossi Simon from Golders Green, along with their respective wives took place, where participants could ask questions on any topic of their choice.
Religious rapper Ari Lesser was flown in from the US to perform on Saturday night alongside another large malava malva meal and the Big Breakfast the following morning left participants thinking they were ready to now fast!
Organiser Rabbi Eli Pink felt the weekend was “an amazing success” and he plans to arrange a similar weekend in the future.
“We were privileged to be surrounded by young men and women who were making an effort to meet a Jewish partner. We feel the weekend was an amazing success. Chabad Young Professionals are looking at making regional reunions and another weekend in 18-24 months time .”