The leading election expert and well-respected political scientist, Sir John Curtice, says the Tory’s are 2 to 1 on (a probability of 66%) to receive a majority on 12 December, whilst Labour is close to Zero to reach the magic number.

If Sir John is correct, this election will NOT be about whether Labour or the Conservatives win, but whether Boris Johnson receives a majority or not.

All the other political parties are now in favour of a second EU referendum, with a possible exception of the DUP, who have not committed either way, because they are against Boris’ EU deal, but may not want another referendum.

So, if Boris receives less than the required 326 seats for an overall majority in the House of Commons, his ability to remain in office becomes increasingly tenuous, because the pressure for a second referendum will be huge.

The Labour party do not have to reach 326 seats. They do not even have to attain more seats than the Conservatives. All Jeremy Corbyn has to do is push Boris Johnson below 320 seats and the Conservatives are in trouble. If the Tory’s are below 315 seats, it will be quite difficult for Boris to remain as leader.

With another hung parliament, the other parties would allow Jeremy Corbyn to become Prime Minister with a sole purpose that he will announce another referendum within 6 months of taking office. As for the Scottish National Party and Liberal Democrats stating they would never put Corbyn into Number 10, they would allow it to happen and support a Labour minority government, if this was the only way to guarantee another “People’s Vote.”

With Corbyn as Prime Minister, he will then extend article 50, and somehow “attempt” to renegotiate the EU withdrawal deal with Brussels. Having declared he has changed something in the treaty, Corbyn would then bring forward a bill to hold another referendum. The question is likely to be between “Corbyn’s deal” including remaining in the Customs Union or simply, Remain in the EU. The turnout would likely be extremely low because leave voters would feel they have no choice and whatever the result would be, you can bet this would not be the last of the matter.

If on the other hand Boris Johnson can lead the Conservatives to a majority with at least 326 seats, Britain should be on its way to leave the European Union on 31 January, with a transition period of at least 12 months, probably longer. Johnson will then be given the task of negotiating some form of trade deal as all Conservative candidates have signed a pledge backing the Boris deal.

We really did stumble into this general election, but the outcome can only be one of two choices – a majority government led by Boris Johnson or a minority government with Jeremy Corbyn as the next British Prime Minister.

Therefore, it is essential that every single voter understands how important each vote is across the country and that tactical voting is needed. Of course, many voters are dissatisfied with their choice, but you are voting not because you admire your local candidate or party leader, but you are voting to keep the other side out. 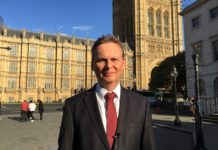 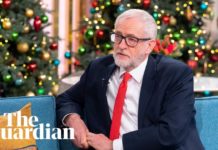 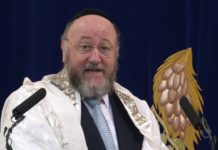