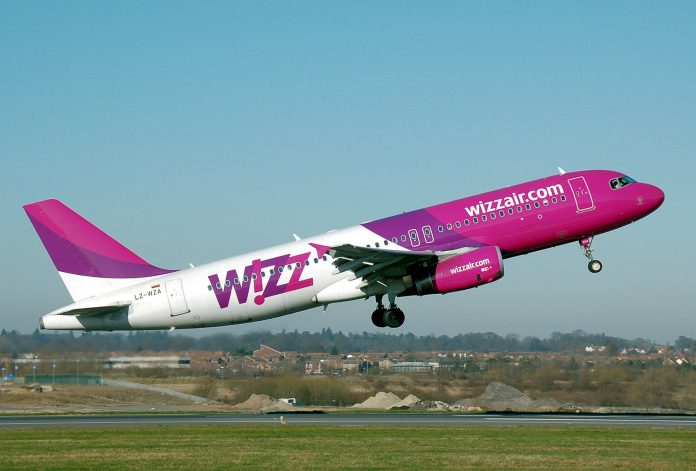 Malcolm Ginsberg is the editor in chief of Business Travel News, a member of the International Travel Writers Alliance and a noted analyst on aviation matters. He is also seen from time to time on TV and heard on the radio.  His fortnightly column will cover worldwide travel news items of interest to Jewish Weekly readers.  Over the years he has been hosted by communities as varied as Hong Kong, Hobart in Australia, Quito in Ecuador, and Cape Town, a very Jewish city at the tip of South Africa.

This first article highlights the fine selection of flights to Israel this summer, plus cruising and mention of Berlin.

On the air travel to Israel front there has never been such tremendous choice of airlines, six operating non-stop from the London area, plus two from Manchester, all competing with on-board service and price.

The big news for travellers to Tel Aviv is the introduction of non-stop flights from Luton by Hungarian low-cost carrier (LCC) Wizz. The Jewish Weekly was on the inaugural flight last weekend and will also be visiting Eilat, where we hope to report on progress with the new Ramon International Airport expected to be open by Passover next year. Wizz services operate Tuesdays, Thursdays and Sundays, departing at 15:20 landing at 20:35 with the return at 21:25/00:50. Kosher snacks are available on all Wizz flights.

Wizz was founded in 2003 and has the largest fleet of any Hungarian airline, although it is not a flag carrier. From Tel Aviv it also serves Bulgaria, the Czech Republic, Hungary, Latvia, Lithuania, Poland and Romania. Its Jersey-based parent company, Wizz Air Holdings Plc, is listed on the London Stock Exchange and is a constituent of the FTSE 250 Index.

From Luton, Monarch offers Tel Aviv,, and also Eilat (Ovda) in the winter plus Manchester all year round. EasyJet flies to Tel Aviv from Luton and Gatwick (which is cheaper) and also from Manchester. Hermolis smoked salmon bagels are available on board. El Al has a full service two-class offering with kosher courtesy lounge facilities for those at the front in the excellent Swissport Aspire Lounge, which overlooks the main departure shopping area. It is available to all travellers priced for a one-off visit at £24, offering a courtesy bar, delicious bites and of course free Wi-Fi. Spa facilities are available.

El Al is also at Heathrow Terminal 4 and has added a brand new King David lounge. The road drop-off is particularly easy and the terminal is the smallest oF the airport and never busy. However, the Piccadilly Line is less frequent than to the central area and Terminal 5. Just give yourself a little more time if coming by Tube. There is also a King David lounge at Ben Gurion of course (the Heathrow one is nicer and more modern), and in August El Al is expected to take delivery of its first Boeing 787 Dreamliner – but we still have to hear when it is coming on the London routes.

For British Airways it is Terminal 5 and (still) courtesy refreshments on board, but business class clients requiring kosher need to book in advance. From Stansted there are flights three times per week with the Israeli low-cost carrier Arkia all year round. Arkia is nearly as old as Israel itself, and as well as domestic flights to Eilat it operates an extensive European programme with Boeing 757s and new Airbus and Boeing aircraft on order.

Over the next few months we will be reviewing a number of cruise lines, both ocean-going and the river variety. They are both water-borne but do not have a lot in commonality except the magic word cruising. However, for the most part both holiday styles are fully inclusive, although the service charge and courtesy alcoholic beverages are included in the cost by some tour operators. Otherwise you pay extra for both.

With deep-sea cruising, you can take a break of just three nights or a three-month trip around the world. Unlike normal river cruising you can usually book kosher.

Ships range in size from 50 to 5,000 passengers and the facilities on board can be simply astonishing. Bring as many children as you like. They will be very well looked after. With deep sea cruising some tour operators will organise a kosher cruise with its own kitchen and all arrangements. A special private dining area will be pre-arranged.

The five-star Scenic Ruby goes completely kosher 22 October for an eight-day trip from Budapest to Bratislava, Vienna and the Wachau Valley. You can add on Prague for a couple of nights if you wish. The cruise highlights the art and culture of the Rhine with the on-board lecture team bringing together the region’s rich Jewish history and heritage. The all-inclusive programme includes delicious glatt kosher cuisine, on-board synagogue with daily minyanim, thought-provoking talks, entertainment, and other on-board programming, along with the local tours. Scenic Ruby has space for around 150 guests. www.kosherrivercruise.com
With river cruising virtually all companies include tours off the ship, the cabins are generally smaller but adequate and the social amenities on-board are limited.

Dining is to a good standard but restricted in what is on offer. River cruising has been equated to taking a car or coach tour with the knowledge that it is the same accommodation every night. Try the Rhine or Danube first and then be more adventurous with perhaps the Volga from St Petersburg to Moscow or the Douro from Porto. Children are not encouraged.

Berlin is a fascinating city to visit, with a variety of air services available from the UK. Part of the Intercontinental Hotel Group, the four-star 423-bedroom Crowne Plaza is situated just by Kurfuerstendamm with its flagship shops and the famous department store KaDeWe. For observant Jewish clients it offers kosher breakfast, lunch and dinner (packaged) under the supervision of Rabbi Ehrenberg of Berlin. The floors on the lower levels have mechanical door keys and lamp timers. Nearby is the Berlin Zoo and the German Museum of Technology, and a walk through the Tiergarden will take you to the Memorial of the Murdered Jews of Europe. With its museums and history, Berlin makes for a wonderful long weekend. Tegel is the airport for the legacy airlines whilst Schoenfeld caters for the low-cost carriers. It has its own dedicated rail station for quick access to the city centre.