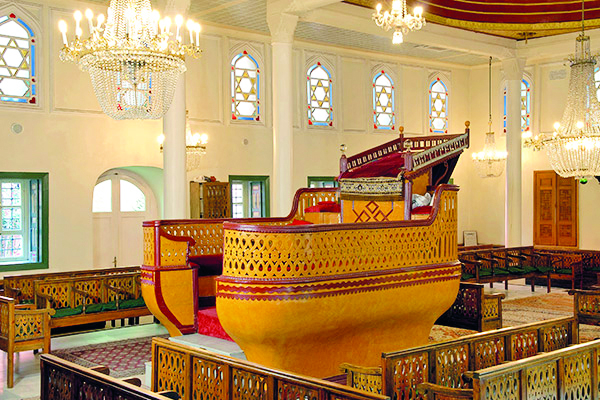 Turkish President Recep Tayyip Erdogan wasted no time in rallying his hard-line support, telling the people that Israel is preventing Muslims from praying at the Al Aqsa mosque and that it must be punished.
Dozens of supporters of Erdogan then headed to the Neve Shalom synagogue in Istanbul last week, throwing rocks at its outside whilst kicking its large wooden doors. Two demonstrators climbed up the building and hung signs which contained pictures of the Dome of the Rock.
Outside, a local leader of the Great Union Party, Korsat Michan, accused Israel of “harassing our Palestinian brothers and damaging their freedom of worship.”
After the protesters shouted: “If you do not let us enter our holy place, we will not let you enter your holy place,” Michan said: “Either the Zionists get a grip, or we will come back here again.”
The Jewish community was stunned that the police patrol car—which regularly protected the synagogue as it is a target for terror attacks—had left the area shortly before the demonstration started.
On Shabbat, the ancient 15th century Ahrida synagogue in Balat, Istanbul was also attacked. As in the first case, the police car also left before the demonstration began, and the demonstrators charged the synagogue, blocking entry and chanting anti-Israel slogans.
The fact that the police left the area in both cases may indicate that the demonstrations were held with the quiet consent of the authorities.
Members of the Jewish community called upon the Turkish Prime Minister and Interior Minister to put an end to the phenomenon. The community then issued an official statement demanding that the authorities stop the attacks against it.
Those behind the attacks are religious nationalists linked to the Great Union Party (BBP), an extreme right-wing party which is not officially affiliated with Turkish President Recep Tayyip Erdogan’s party but is ideologically linked to it.
BBP leader Mustafa Tsesti referred to the “persecution,” the “attacks,” the “occupation” and the “massacre,” carried out by the State of Israel and saying that its government should be condemned. But he added that the citizens of Turkey “must avoid harming our Jewish citizens and their holy places, as they are the descendants of Muhammad the Conqueror, who promised the freedom of worship to all.”
Jewish journalists who write in the community newspaper, Shalom, tweeted that it is permissible to criticize the policies of any country, but the expression of the protest cannot be against prayer houses but against embassies and consulates.
This is the first time that the authorities have apparently allowed demonstrations against synagogues in Turkey and the community sees this as a dangerous precedent.
Commentators have suggested the protests take place against synagogues because they are seen as a branch of Israel in the eyes of Turkish Islamists.
The news media in Turkey is extremely hostile towards Israel and in particular when it discusses the Temple Mount. It has even been suggested by news networks in Turkey that the attack in which two Israeli policemen were murdered is a conspiracy theory presented in order to suppress the freedom of worship of the Palestinians.
Earlier this week, Turkish Prime Minister Binali Yildirim condemned the attacks against the synagogues and said it was not the behaviour of true Muslims.
He called on the citizens of Turkey to show self-control, to show responsibility and not to violate the right of worship of fellow citizens of the Jewish minority with whom they have coexisted for hundreds of years.
Earlier Erdogan condemned Israel’s “excessive force” in suppressing the demonstrations in protest against the placement of the metal detectors, calling the four Palestinians killed in the riots “martyrs.”
But the Turkish President refused to condemn the murder of the policemen on the Temple Mount, calling the attack “an incident.”
Reports say members of the Jewish community are extremely concerned and many have said they plan to stay away from the synagogues until the tension has died down.