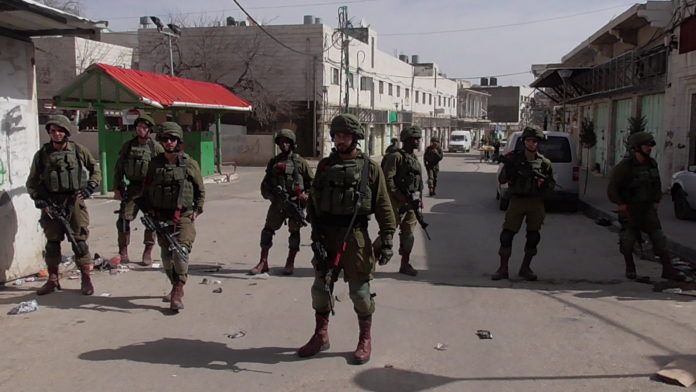 Violence broke out as Israeli forces evacuated around 300 settlers from the illegal West Bank settlement of Amona yesterday morning.

The disturbing incident saw 23 police officers and three civilians wounded in skirmishes as settlers barricaded themselves in mobile structures.

Just under two years on from being evacuated under a court order that the outpost was on private Palestinian land, settlers returned in protest to recent terror attacks in the region.

Injuries were ‘light’ though one officer was stabbed with a sharp implement.

Five policemen and a civilian were treated at Hadassah Medical Centre in Jerusalem.

Amona was initially evacuated under Operation Locked Garden in February 2017 when dozens of settlers clashed with forces.

The Security Cabinet approved a new settlement for former residents in the Shiloh Valley, but they returned to rebuild the illegal outpost last month.

Amona activist Avichai Buaron reportedly said, “This land is our home and we will fight for our home to the end.”

Left-wing Peace Now movement slammed settlers for ignoring the law. Settlers were given 48 hours to evacuate after a temporary order to stay was rejected by the High Court of Justice on Monday.