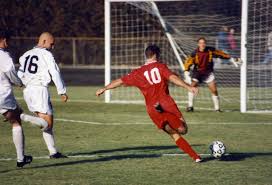 Action Against Discrimination (AAD) acknowledges that more needs to be done to tackle Islamophobia in UK football as reported in yesterday’s Guardian newspaper. However, in the same vein, it emphasises that much more needs to be done to address and eradicate anti-Semitism at all levels of UK football, from grassroots level to the Premier League as AAD
has actively and consistently advocated for some time.
AAD chairman Jonathan Metliss said: “Numerous examples exist of anti-Semitism in UK football, from grassroots to Premier League level, where antiSemitic comments are directed towards supporters of Tottenham Hotspur who have no problem in describing themselves as ‘Yids’, or ‘Yid Army’, which we also believe sadly provokes an anti-Semitic
response.
“We applaud the current protests being made in relation to online abuse directed towards black players and advocate stronger and more effective action being taken, but do note that no reference has been made to online anti-Semitism directed towards Jewish and Israeli players such as that recently aimed at Celtic’s Israeli midfielder Nir
Bitton, who was described on social media as a “smelly Jew bastard”.
“In the circumstances, yet again we call on all the relevant football authorities, clubs, police and the media including social media platforms, to treat anti-Semitism in football as seriously as all other forms of racial discrimination, whether against black
players or Islamophobia, at all levels of the game.”