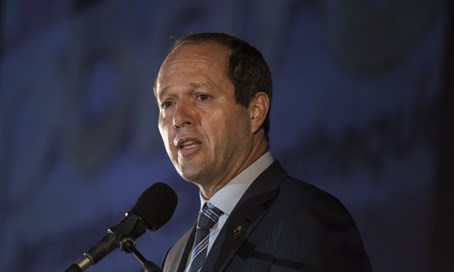 Agriculture Minister Uri Ariel and Jerusalem Mayor Nir Barkat has led tributes at the funeral of an Israeli security guard murdered in a terror attack in Jerusalem’s Old City.

The father of four underwent surgery at Shaare Tzedek Hospital but died from his injures.

Kolman worked in archaeological digs at the City of David.

Shin Bet also revealed Fadel lived in the village of Aqraba near the West Back city of Nablus and was in Jerusalem on a five-day work permit.

“Our revenge is settlement and holding tight to the land,” said Ariel at the funeral service (Times of Israel).

“I hope we’ll continue to advance construction in Jerusalem and Judea and Samaria and make a clear decision that between the Jordan (River) and (Mediterannean) Sea there will only be one sovereign state, the State of Israel.”

“The sorrow is deep and difficult but they’ll never succeed in removing us from our path.

“We in Jerusalem are determined not to change our daily routines and to continue to build in Jerusalem and in the Land of Israel.”

President Reuven Rivlin described the killing in a tweet as an “abhorrent stabbing terror attack” and the bereaved family’s pain as “unbearable”.

Rivlin added: “The terror on the streets of Jerusalem, our capital, where Jews and Arabs have lived together for hundreds of years, is a great disaster for all its inhabitants, and we will not allow it to become an existing reality.

“We will fight against terror and we will overcome.”

Rivlin slated supporters of terror at an economic conference in Tel Aviv.

“Whoever gives shelter, pays murderers and encourages incitement is cooperating with terror and becomes an enemy of Israel and the free world,” noted a Hebrew statement from his office (Times of Israel).

He added: “We will fight it to the bitter end and we are able to do so. The whole world must denounce the terror and incitement and cooperate with Israel in the battle against them.”

The murder came just two days after IDF soldiers Ziv Daos, 21, and Netanel Kahalani, 20, were killed by a Palestinian in car-ramming attack in the West Bank.

Two soldiers were also injured in the terror incident near close to Jenin.

The driver was arrested near the scene.

A Hamas spokesman reportedly described the attack as “heroic” coming on a day when Palestinian terror groups had called for a ‘day of rage’ to mark 100 days following the announcement of US President Donald Trump to recognise Jerusalem as Israel’s capital.

“Our hearts go out to the families,” he said. “May their memories be for a blessing. We also wish a full and speedy recovery to those injured.”