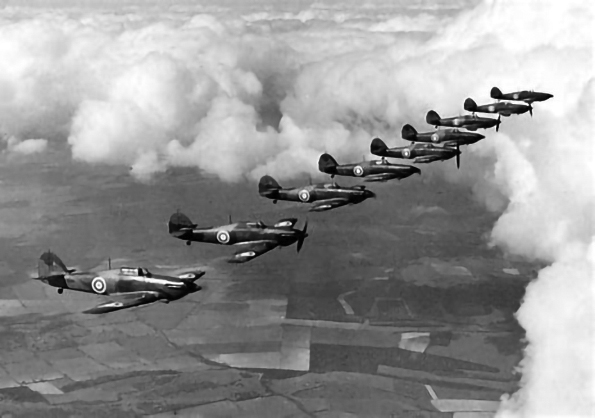 July, August and September 1940 were marked by aerial battles taking place over the South of England as the German Luftwaffe attempted to destroy British defences ready for an attack from the sea. Despite the tactic of Blitzkrieg succeeding across the rest of Western Europe, it was continuously rebuffed by the RAF, Allies and the refugee airmen of Europe until eventually the Battle of Britain halted the Nazis plans.

Paula Kitching, AJEX Historian and Education Manager will be leading the lecture and will explore what the Battle of Britain really was, who we have to thank for its success and why it meant so much for the events of the Second World War. AJEX are inviting the community to join the virtual talk titled, “Why the Battle of Britain was a pivotal event for Britain and the Second World War.”

Mike Bluestone, the national chairman of the Association of Jewish Ex-Servicemen and Women (AJEX) said, “On this iconic anniversary of Battle of Britain Day, we recall the bravery of all who served in the RAF during that desperate time, including the thousands of Jewish servicemen and women, so many of whom lost their lives. The courage and sacrifice of all who served during that ferocious air battle effectively thwarted Hitler’s plans to invade Britain, and enabled us to live our lives in freedom. We salute them all and remain forever grateful”.

For details on how to join the lecture visit: https://www.ajex.org.uk/