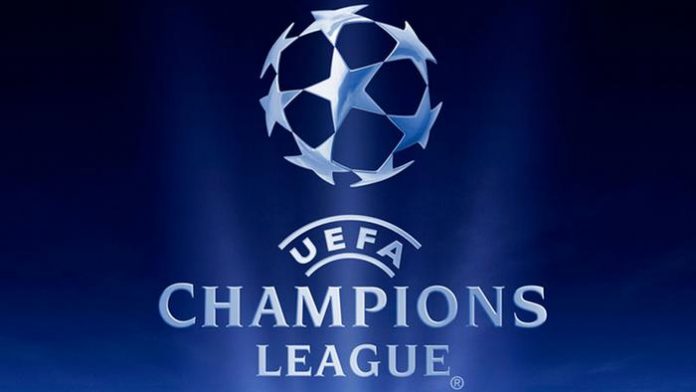 It’s fair to say the Champions League quarterfinals draw threw up a fair few surprises. Now champions from England, Italy, Spain and Portugal remain and are eyeing a place in the final four, as David Domb explores.

I said in the previous round that Real Madrid would find it tough but should have enough about them to scrape through. I don’t think there was a single football supporter anywhere that could have predicted what we witnessed at the Bernabeu last month, but when Sergio Ramos picked up a ‘deliberate’ yellow card in February to rule him out of the second leg, that was probably what put the writing on the wall. But let’s not focus on Real’s short comings, this could be the start of a hugely exciting young European side who have been prepared to take on the very best in the Champions League. The former glories of Ajax may seem like a lifetime ago, and it was only in January they shipped six in a defeat to rivals PSV. They may trail last season’s champions in the Eredivisie, but their fearless approach is to be admired. Dusan Tadic, criminally under-valued by Southampton who let him go during the summer (the fee was only a reported £11million) looked like a man reborn in the Spanish capital, while the sparkling displays of Barcelona bound Frenkie De Jong and Mathias De Ligt have only drawn further praise. De Jong’s imminent summer departure may spark a similar exodus to that seen at Monaco and a very intriguing squad all of a sudden has split and moved on elsewhere, but Erik Ten Hag must surely now be enjoying the ride, even if the league title may just be slightly beyond reach.

Juventus continue to dominate in Serie A. Ahead of the March internationals they had a 15-point lead at the top of the table in Italy, but they were beaten 2-0 by Geona in a game where Cristiano Ronaldo was left out of the matchday squad. Are they a one-man band? Well he is their leading goal scorer this season and in 26 league games he’s netted 19 times. Mario Mandzukic is next in line in the league for Juve, but his return is just eight from 22 matches. The stats may be glaring, but it would be a little too simple, perhaps borderline lazy to write them off as a one-man team, particularly under a manager as astute as Massimiliano Allegri. However, their run to this stage hasn’t been smooth. They finished top of their group, just. Needed Ronaldo to single handily see them past Atletico Madrid in the previous round and now an energetic Ajax stand between them and a place in the semi’s and a game against Premier League opposition. I just think, what we’ve seen of the Dutch side this season, they have one more surprise in them.Prediction: AjaxPlayer to watch: Frenkie De Jong

It’s the tie every team wanted. Possibly the ‘weakest’ of the teams left in the competition is a bizarre thing to say about a former winner and the current domestic champions in their country, but even with a couple of experienced Champions League winners in their ranks, Porto are not in Liverpool’s league.

The Reds’ season is interesting. Their improvement as a collective under Jurgen Klopp this season is commendable, even if it has been to the detriment of Mo Salah’s form (he’s still sparkling but not as last term). Sadio Mane’s been the ultimate beneficiary though, particularly in the second half of the season. For the most part Liverpool look more balanced and better equipped to handle the demands of this stage of a domestic season. That said, at the time of writing the title isn’t in their hands and a couple of off-key results have led to this. Ordinarily a draw at Old Trafford and Goodison Park wouldn’t be considered a poor result, but with United littered by injuries on their visit and playing most the second half with an injured player on the pitch, it’s those games where Klopp’s men need to kill teams off. Porto will surely go to Anfield with a similar mindset of defence first, but it’s how brilliantly Liverpool swept aside Bayern Munich, even the German champions in their prime wouldn’t have coped with Liverpool on that evening.

Goal-difference has kept Porto behind Benfica in Portugal for now with not long left of the campaign. Nights like these are built for Iker Casillas and Pepe to show all their experience with Real Madrid and guide Sergio Conceicao’s team to another upset just as they performed against Roma. Problem is the lack of a real out-and-out goalscorer. Vincent Aboubakar’s injury back in September means there’s no-one in that Porto side where if there was half a chance, you’d bank them to finish, and that will ultimately be the problem across the two legs.

Well the billboard adverts ultimately proved to be true. Tottenham’s new stadium really will be the only Premier League ground in London to stage Champions League football this season…even if it is only for one game. For many Spurs fans this probably was the least favourable draw. Pep Guardiola appears to have one over Mauricio Pochettino having beaten him in each of his last three matches, drawing the one before that. The North Londoners form heading into the international break led to many calling for a crisis as they failed to win any of the previous four in the league, losing three. But a bigger picture is required. Defeats were against Burnley, a tough ask for any side at Turf Moor; Chelsea – despite their struggles this season, they’re still Chelsea and still possess World Class players, and again Spurs were on the road. Plus, Southampton look rejuvenated under their new boss. The draw at home to Arsenal was perhaps the most disappointing of the lot, even though they were second best for much of the afternoon. But let’s not forget how ruthless they were in seeing off Borussia Dortmund, particularly in the first leg without both Dele Alli and Harry Kane. Spurs will look refreshed and hopefully inspired to go again in their new home and can keep their place in the top three.

Manchester City though are just hitting their stride. Their intriguing battle with Liverpool for the Premier League title will surely, as it did in 2014, will again go to the wire and perhaps this could be more dramatic than the last, but you just get the feeling City may not slip up with destiny in their own hands. Everything also appears to be going their way at the moment as seen in their FA Cup triumph over Swansea and the run to an unprecedented quadruple appears to how no sign of slowing down. Their second-leg display against Schalke was one of those nights where it wouldn’t matter what eleven players were in front of City, Guardiola’s men would have strolled to victory, and the thought of just how good Leroy Sane could be still scares the life out of me, particularly after he’s comfortably got the better of Kieran Trippier in their previous clashes, while the Silva duo really have struck gold over the campaign.

Ole’s at the wheel they said. Give him the job permanently they said. It’s very difficult to argue otherwise following the remarkable comeback against Paris Saint Germain, leading to many comparisons between this team and the comeback kings in 1999, of which Ole Gunnar Solsjkaer was a significant party of. Since then a (potentially brief) slide out of the top four and elimination from the FA Cup hasn’t de-railed too many, but particularly the defeat to Wolves has opened up more questions than given answers. United though, let’s not forget since his appointment have been brilliant. Free-flowing, attack being the best form of defence, and a flair player in midfield now really showing he’s really worth the value that the club forked out for him nearly three years ago, Paul Pogba really now is a happy player at Old Trafford again, even if he has suggested he’d be interested in a move to Real Madrid.

And of course, with the obvious ’99 comparisons, heading back to the Nou Camp exactly 20 years on from that famous night against Bayern will dominate the lead-up and perhaps rightly so as the Norwegian heads there as a manager for the first time.

And he’ll know what’s in front of him. Barcelona, even if they aren’t at their absolute best, are pretty ruthless. Top of La Liga and unbeaten in the division since November and with a 10-point gap to second, they can more or less celebrate their next top flight title. In the champions League it may not always be going their way and were stunned by Roma at this stage 12 months ago. No surprises who the leading man is for Ernesto Valverde, and Lionel Messi continues to score goals that drops chins to the floor and write records people weren’t even sure should exit. He shows no signs of slowing down and will relish another opportunity against Manchester United who he so expertly tore apart at Wembley back in 2011. Under both managers though, the Premier League club have sprung a surprise against Juve and PSG, so they are certainly capable of one more…but I don’t think so this time.