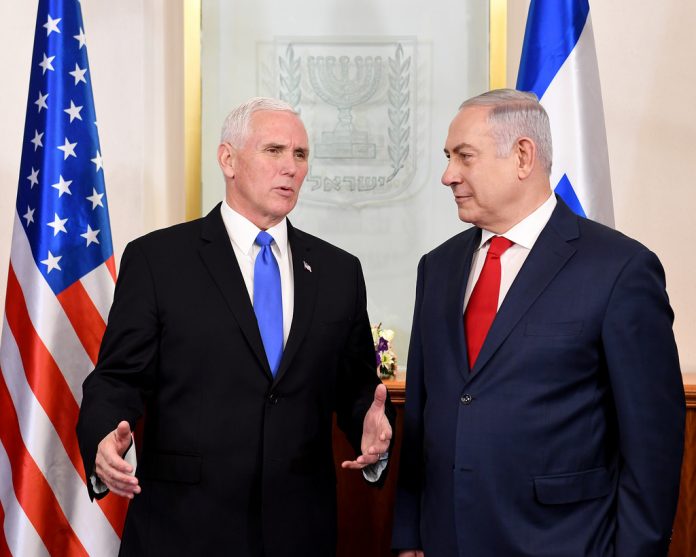 Prime Minister Benjamin Netanyahu joined senior officials from 60 nations at the Peace and Security in the Middle East Summit in Warsaw, Poland yesterday.

This is the first regional summit since the Madrid Conference in 1991 when an Israeli Prime Minister will attend alongside so many Arab nations.

But there is doubt whether Arab delegates will make a ‘public’ approach to Netanyahu.

“Covert meetings already exist, and the ‘under-the-table’ relations are the world’s worst kept secret, so I don’t see what the Arabs would gain from shaking hands,” said Yoel Guzansky at Israel’s Institute for National Security Studies.

“The point is to see everyone in the same room as a united front against Iran. But the Arab street is still nowhere near where the elites are regarding Israel, and too strong an embrace could draw fire.”

The United States-Poland aims to increase pressure against Iran.

An advocate of the initiative, Netanyahu is expected to hold talks with US Vice President Mike Pence, Secretary of State Mike Pompeo and Polish Prime Minister Mateusz Morawiecki.

Speaking to reporters before boarding his flight, he noted, “Holding this conference, in which Israel, the US, various countries around the world and the region sit down in one place to discuss one topic, which, in my opinion, is the most important for our national security, is a very important achievement.”

Pompeo lamented the absence of leading European ministers during a brief stop in Bratislava on Tuesday at a press conference before travelling on to Warsaw.

White House adviser Jared Kushner is also expected to address conference with a rare update on the much-anticipated US peace Israel-Palestinian peace deal.

And Israel’s leader in a keynote speech today is anticipated to lambast Iran on day one of the conference.

Russia will not attend, while Iran has labelled the conference an ‘American anti-Iran circus’.

“We view the Warsaw conference as a plot against the Palestinian cause,” Palestinian Foreign Minister Riad Malki said this week.