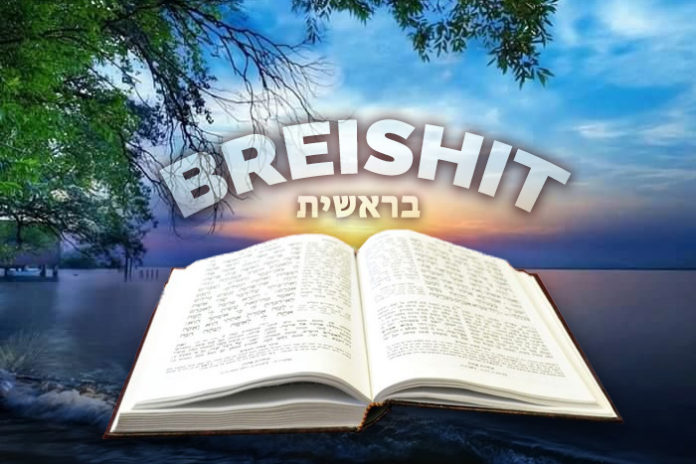 Around twenty five years ago, on Shabbat Breishit, I attended a Friday night talk of Rav Aharon Lichtenstein zt”l prior to Ma’ariv prayers. These extensive wide-ranging talks usually lasted more than an hour and certainty challenged weary Friday-night audiences. During his speech Rav Lichtenstein spoke eloquently about original sin and the fall of Man.  At one point, his Hebrew language speech was interrupted by an English quote ”And all the king’s horses and all the king’s men couldn’t put Humpty Dumpty back together again”. I was startled by this quote from a popular children’s rhyme. It was not uncommon for my Rebbe to quote non-Jewish scholars who had written passionately about religion. However, a quote from the Mother Goose collection seemed incongruous. Evidently, this line about a rotund figure who fell from a high wall was more than a children’s rhyme. Apparently, it was a metaphor about the stunning and irrecoverable fall of Man. By disobeying the Divine command, humanity fell so precipitously that we were shattered beyond repair- even with great effort on behalf of all the king’s horses and all the king’s men.

Throughout history, a debate has raged surrounding the innate essence of Man. Was he created primarily good and virtuous or fundamentally evil and immoral?  Many modern thinkers such as Dostoyevsky and Orwell have suggested that Man was created evil and morally damaged. This approach is deeply rooted in Christianity in the concept of original sin- every person is born into this world through an act of sin. Additionally, some of the horrors committed by Man in the past century corroborated the sense that Man was profoundly and innately sinful. Judaism flatly denies this view and asserts that G-d fashioned Man in the Divine Image and vested him with unlimited potential as the pinnacle of creation. Man was created noble and pure and to underscore this primal nobility, the creation of Man concludes on the sixth day with effusive Divine praise at the spectacle of Man: “Va’Yar Elokim et kol asher asa v’hinei tov me’od – G-d beheld his masterpiece and it was surpassingly good”. Moreover, in the very book in which Shlomo Hamelech addresses the vanity and futility of our world, he none the less remarks that “G-d fashioned Man as good but man sought complications and distortions”. At his core Man was created kind, good and noble!

Even amongst those who affirm the essential goodness of Man, many assert that this innate virtue was squandered through Man’s first disobedience of partaking of the Tree of Knowledge. After all, this rebellion triggered Divine punishments which have fundamentally altered the human condition. Unlike his ideal conditions in Eden, Man must labor and toil to feed himself and support life. Our very birth into this world is occasioned by pain and physical discomfort. Though it may be true that original Man was created pure and perfect, by sinning, he forfeited that original status. “Original” Man may have been empowered as the pinnacle of G-d’s creation however “Fallen” Man no longer possessed that great potential. We have fallen from our original stature in Eden and we now live flawed lives; we inhabit a different and more bleak world. This view of fallen and compromised humanity dominated much of Jewish outlook in general, and, in particular, of the world of Jewish mussar. Man has abdicated his original lofty position and was now mired in a state of ineptitude. Under these futile conditions Man’s only salvation is careful adherence to Divine command amidst minimal engagement in the affairs of a fallen world. Stuck in a confusing maze of a pointless world, redemption could only be achieved through withdrawal from that dark and confusing world.

About 140 years ago one of the great leaders of pre-war Eastern European Jewry asserted a radically different view of human experience. Rabbi Noson Tzvi Finkel- affectionately known as the “Alter of Slobodka”- served as the mashgiach in the great Slobodka Yeshiva. He articulated a revolutionary manner of understanding the great fall of Man. Though “Fallen” Man was punished and was banished from Eden, he still retained his original grand and elevated potential. The expulsion didn’t fundamentally alter Man’s identity and we continue to live in that original state of empowerment as pinnacles of Divine creation. Indeed, sin has significantly muddled moral clarity and complicated human experience. Indeed, our vast potential isn’t as easily applied or implemented as it was in Eden. However, at our core, we still possess majestic potential to affect our world and author history. We are still princes – though fallen and marred! Striving for a morally and religiously sensitive life isn’t driven by the acknowledgement of the futility or the hopelessness of human experience. Quite the contrary, Man continues to live an empowered life, and his enormous potential entails great responsibility and uncommon duty.  Proper human behavior can redeem and advance the human condition just as our errant behavior can wreck the entire world. Precisely because of Man’s lofty status he must live an “epic” lifestyle so that creation itself can advance. This mussar of “empowerment and expectation” constituted a major shift from the conventional view that we inhabit a dark and empty space amidst a world of defeat. G-d places great expectations even upon “Fallen” Man and this recognition should produce religious drive and ambition.

Many find this approach more suitable to the modern context. For several millennia Man inhabited a confused and regressive world in which the human condition was plagued by violence, socio-political inequality and widespread inertia. This backward world did indeed seem bleak and dreary, inviting the more classic view of “Fallen” Man.  Modern Man has flipped the script and fashioned a world of science, progress and potential. In this context the notion of helpless and powerless Man is detached from reality. The Slobodka doctrine which asserts that Man still retains his original unlimited potential is far more resonant and reflective of the world we occupy. We live in a world of meaning and progress and we are mandated to express the prodigious potential which characterizes Man while advancing our world to greater levels of moral and religious achievement.