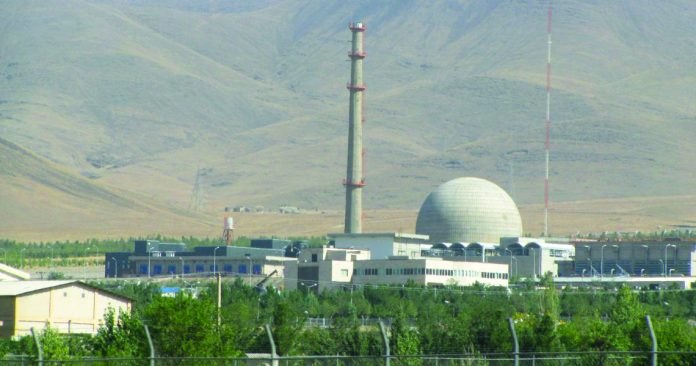 Britain, France and Germany yesterday proposed that the EU implement new sanctions on Iran because of its involvement in the conflict in Syria and continued development of ballistic missiles.
Reuters reports that the three European signatories to the Joint Comprehensive Plan of Action (JCPOA) nuclear agreement proposed that the sanctions target Iranians who have supported Bashar al-Assad’s regime in the Syrian civil war and are involved in Iran’s ballistic missile programme.
French Foreign Minister Jean-Yves Le Drian said he is “determined to ensure” Iran respects the JCPOA agreement and stressed that the EU “must not exclude [from consideration] Iran’s responsibility in the proliferation of ballistic missiles and in its very questionable role in the near and Middle East”. Belgium’s Foreign Minister Didier Reynders agreed that the EU “must explore all the possible measures”.
The EU’s foreign policy chief Federica Mogherini stressed that there was no formal EU position on new sanctions, which would require the support of all 28 member states.
US President Donald Trump has given the European signatories of the JCPOA a deadline of 12 May to fix what he termed “the terrible flaws” of the deal, otherwise he will not extend US sanctions relief on Iran. The Chairman of the Senate Foreign Relations Committee Bob Corker said he now expects the US to withdraw from the agreement altogether in May unless the European signatories “really come together on a framework”.
Iranian Foreign Minister Mohammad Javad Zarif accused the West of “sheer hypocrisy” in response, tweeting that European states are willing to sell arms to countries in the Middle East whilst “whining about Iran’s defensive missiles”.