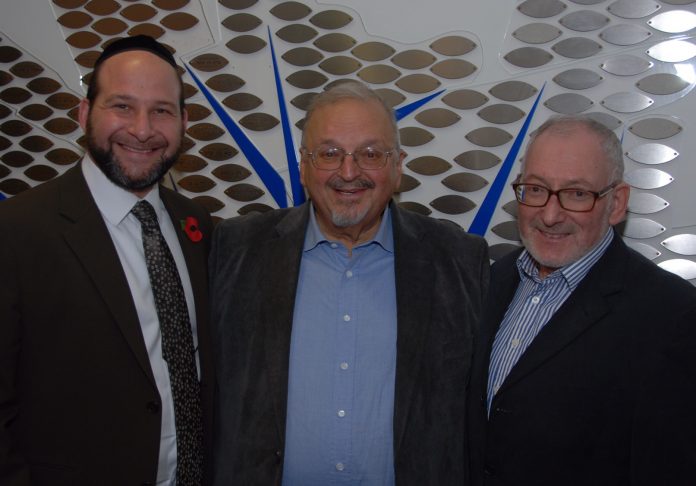 Over 300 people were involved in the numerous events Bushey Synagogue put on as part of the official Balfour 100 celebrations.
Rebbetzin Ilana Epstein was the scholar-in-residence over Shabbat and she led an inspiring session for the community as well as engaging with the youth who enjoyed a Shwarma Kiddush after a discussion on the significance of the Balfour Declaration.
Members could also choose to attend an early morning session led by history teacher Barnaby Nemko as well as an afternoon shiur by Rabbi Elchonon Feldman on the halachic perspective of political Zionism. Children were also involved as they learned the basics about Balfour and enjoyed a Kiddush with Israeli nosh!
The main event was a Melava Malka after Shabbat with guest speaker Elkan Levy. In speaking about the Shabbat Balfour 100 programme Rabbi Feldman said ‘Bushey made a special effort to celebrate 100 years since the Balfour Declaration with a weekend of guest speakers, a full youth programme and of course Israeli-themed food. Elkan Levy concluded the weekend with a spell-binding presentation on the importance of The Balfour Declaration and everyone present felt honoured to be part of such an important commemoration and celebration”