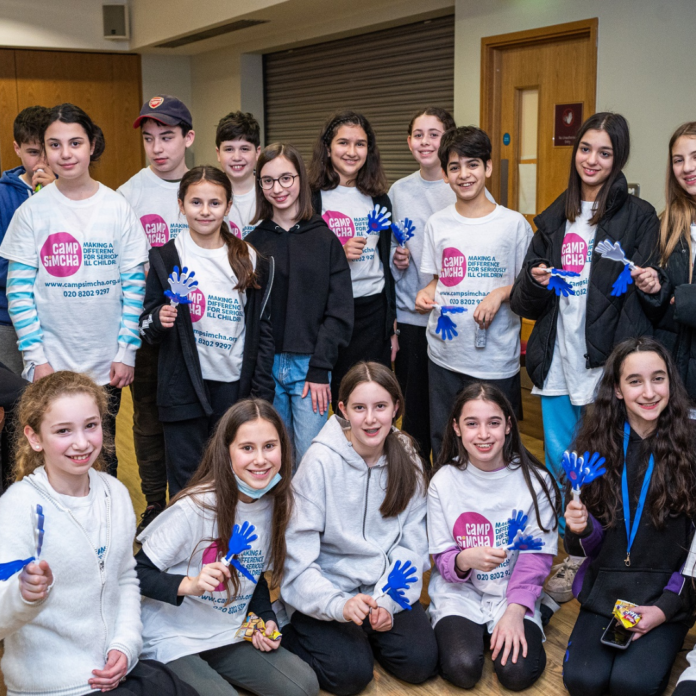 The Purim packing night was attended by 19 children, as part of several activities in their B’nei Mitzvah year to support Camp Simcha.

Cousins Sarah Meister and Adam Porter, from North London, who are celebrating their bat and bar mitzvahs a week apart in October enrolled on the programme together.

Both participated in Camp Simcha’s Toy Drive packing event in December and will be doing a sponsored walk in May, as well the Purim packing activity.

Sarah said: “I have really enjoyed being part of the Camp Simcha programme to mark my bat mitzvah and meeting up with the same kids for the different activities.”

Adam added: “It was great making mishloach manot for children who are having a hard time.”

Camp Simcha Director of Fundraising Shoshana Copeland said the charity has been thrilled with the uptake of the programme, which was launched at the end of last year.

“Children and parents taking part in the B’nei Mitzvah programme have been so enthusiastic and really seem to enjoy the opportunity it has given them to volunteer in a meaningful way, as well as raise some funds for the families Camp Simcha supports. We are so grateful for their time and commitment; the mishloach manot have been really well received and we look forward to seeing everyone on the sponsored walk in May.” 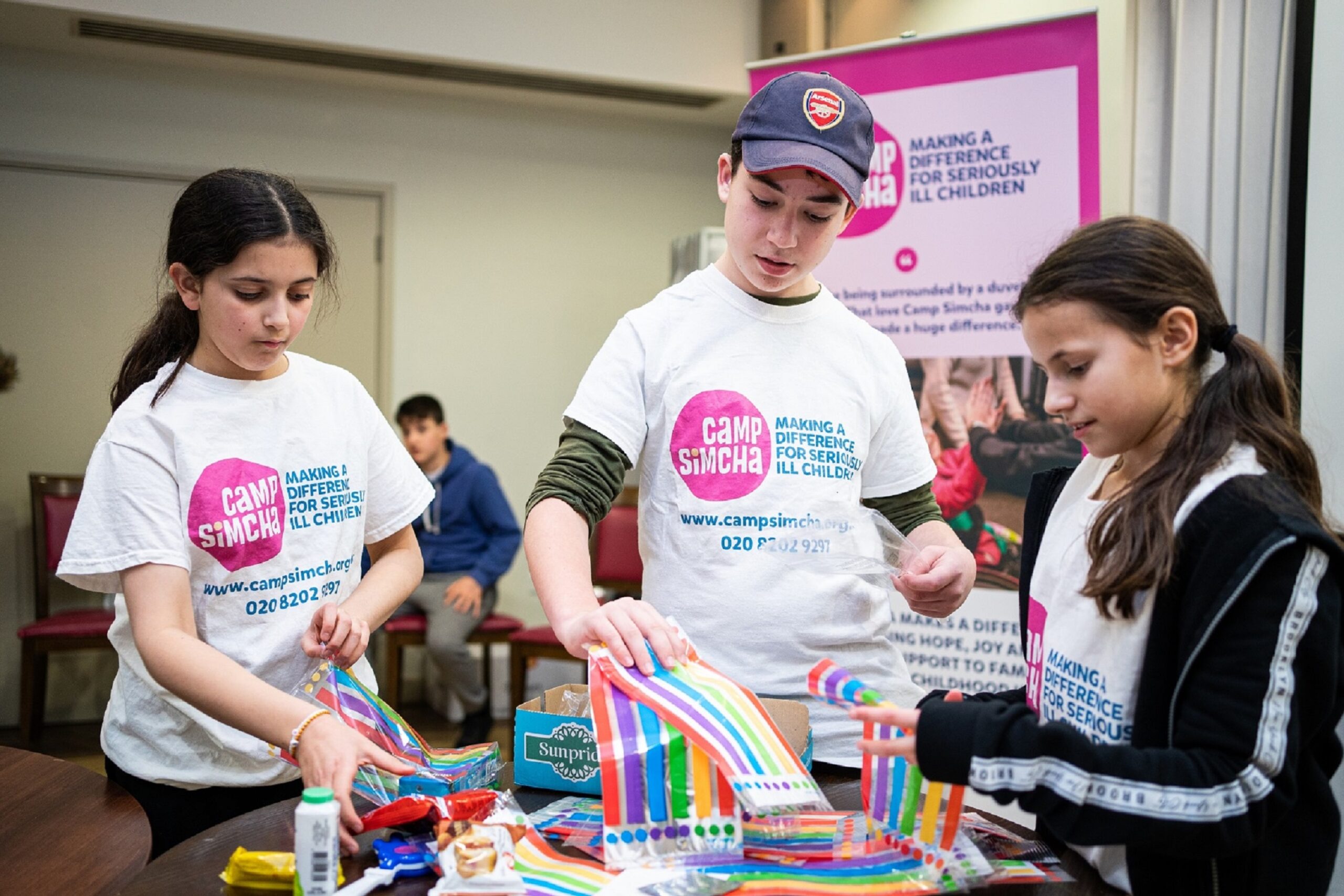 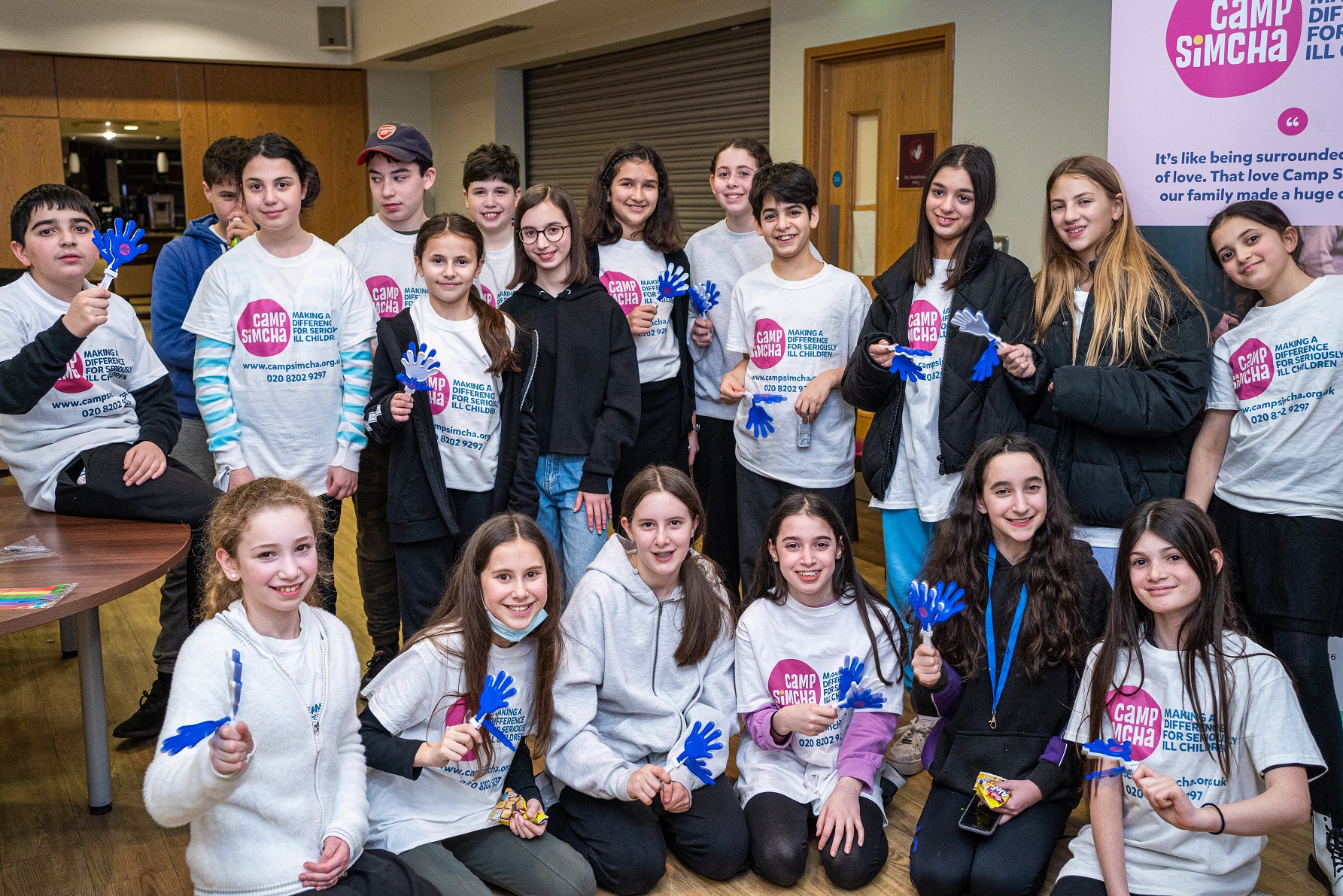