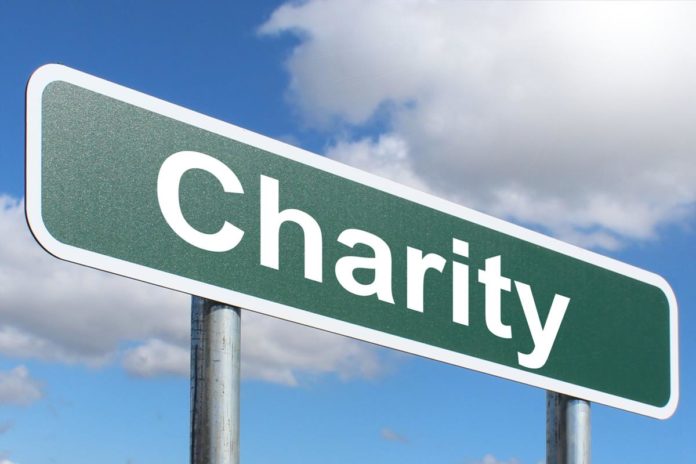 There is a widely known Chinese saying here in England that threatens the target with what strikes us as a particularly ironic punishment: “May you live in interesting times.” While there isn’t any evidence that such a curse ever actually existed, it speaks to an age-old caution: be careful what you wish for.

Only a few weeks ago, who amongst us didn’t, at least occasionally, daydream about a break from the routines, bills, responsibilities and concerns that used to make up modern life? That time, however, is consigned to a period we must inevitably term BC: Before Corona. Suddenly we find ourselves conscripted into national service against an invisible enemy, confronted with restrictions unknown here since World War Two. Everything had changed, and everyone is facing challenges that just last month would have seemed inconceivable.

That ‘everyone’ unfortunately also includes charities. It is only natural during an upheaval like this to focus on the immediate safety of one’s self and loved ones, and complying with government regulations on free movement has to be our number one priority. But the world outside the homes that we find ourselves confined to has not gone away. The vulnerable are still vulnerable, the needy still in need. The only difference is that the charities who do so much good work to help them are now in crisis.

Early reports suggest that charities could lose at least £4.3 billion over the next 12 weeks without government support. Like everyone else, they are scrambling to come to terms with the new normal, whilst desperately trying to continue helping those who need it more than ever.

This is why it has never been more important for sustained, efficient giving, to give these amazing organisations a much needed helping hand. And there is no better way of doing that than through a charity account. A charity account enables you to manage your donations, maximise your impact and also gain tax benefits. In short, if you are already giving, you should be smart giving – with a charity account like SmartGiving.

Why use SmartGiving? First of all, we give you greater control over your philanthropy. Not only can you easily see and manage your donations from one place – as opposed to ad hoc contributions here and there – but we will also boost their potential as well. We do this by giving you the Gift Aid you are entitled to up front. So when you donate into your account, HMRC will automatically add an extra 25 per cent (minus a small fee) that you can then redistribute as you see fit.

Secondly, SmartGiving is one of only a few authorised Payroll Giving agencies in the UK. This means you can donate straight from your pay before tax. Your donation is calculated after your National Insurance contribution, but before Income Tax is deducted; this means part of your donation comes from money that would otherwise have been taken by HMRC. In other words, it costs you less while then your intended charity receives more. We’ll even handle all the necessary admin, so no additional headaches for you or your employer.

Thirdly, we are a traditional fundraising platform. Remember the ubiquitous sponsorship forms that were always emailed around the office whenever anyone signed up for a fun run? Well, we also do that, just with lower fees than any of our competitors. Of course, there will probably be fewer charity participation events in the coming months, but I reckon people will start coming up with some pretty ingenious ways to fundraise soon. If someone in France can run a full marathon on their seven-metre balcony, there’s no reason we can’t see similar efforts here – and using SmartGiving would be the most effective way to do it.

Last, but not least, there are considerable tax benefits to giving via our platform. Higher rate taxpayers can benefit from an extra 20% tax relief for the 2019/ 2020 tax year – if they top up their accounts by 5 April 2020.

To return to my opener: we are living in – to put it mildly – interesting times. Difficult times. Unprecedented times. Our world is very different to the one we left behind in 2019, and yet there is comfort to be found in the familiar. The urge to help others is still there and has never been more vital. Let this virus, that does not distinguish between the rich or poor, remind us once again of our shared humanity and spur us to act on that urge. Amidst the uncertainty, we can ground ourselves in kindness and anchor ourselves with compassion. Whatever you can give, whoever you want to support, contact SmartGiving today. Visit smartgiving.org.uk or contact Jeremy Freeman on jeremy.freeman@smartgiving.org.uk for further information.