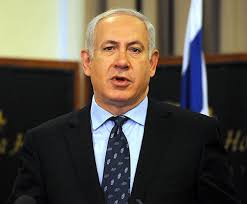 A major disagreement between Prime Minister Binyamin Netanyahu and Finance Minister Moshe Kachlon of the Kulanu Party over the new Israel Broadcasting Authority has thrown the coalition government into crisis.

The IBA was slated to close as legislated on April 30, but after Netanyahu met with some employees who will be forced into unemployment he has retracted his agreement with Kachlon.

The IBA was to be replaced with a new Israel Broadcasting Corporation and would have taken some 600 out of 1000 IBA employees. However Netanyahu is concerned that those who have been appointed to head the new government broadcasting service have extreme liberal views and would be unfairly bias towards his government, which the Likud feel is wrong considering they are funding it.

This week Netanyahu threatened to dissolve the government if Kachlon did not agree to shut down the new IBC before it is officially launched.

“I changed my mind after a meeting I had yesterday with the employees of the Israel Broadcasting Authority,” Netanyahu said on his official Facebook page. “At the meeting I heard heartrending stories about dedicated and experienced employees that are being sent home because of the [Israel Broadcasting] Corporation.”

Netanyahu had originally called for a six-month postponement of the IBC’s establishment, but this was rejected by the Finance Minister.

The cost of operating the IBA is tens of millions of shekels lower than the IBC, and even though the Likud voted to dissolve the corporation, which included nightly English News broadcasts, the plan was never properly thought through.

Zionist Union head Isaac Herzog saw his opportunity to call for a vote of no-confidence in the government whilst attempting to put together a new government with him as its Prime Minister.

However Yair Lapid of the Yesh Atid Party has refused to join Herzog because, if there were early elections, Lapid would double his seats according to pollsters.