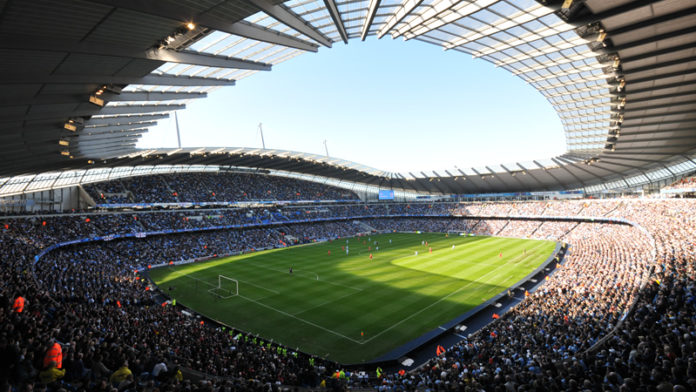 I’ve heard the comment Pep Guardiola has changed English football for some considerable amount of time now but was quite hesitant to accept the view, considering the illustrious history of English football always bringing in the best foreign managers, with their own unique style of play. However, when Norwich beat Manchester City last weekend, for me, the view came to fruition as the way Norwich played against the two time defending champions was truly ground breaking.

Norwich were missing eight players but made light of those injuries and took full advantage of a performance from the reigning champions that was careless in the extreme and characterised by chaotic defending.

Norwich were 2-0 ahead within 30 minutes after Kenny McLean rose unmarked to meet Emiliano Buendia’s corner and then Todd Cantwell finished a flowing move involving Marco Stiepermann and Teemu Pukki.

Sergio Aguero’s header just before the break hinted at a Manchester City comeback but a misunderstanding between John Stones and Nicolas Otamendi saw Buendia rob the Argentina centre-back and set up Pukki to score.

Rodri scored his first goal for Manchester City with two minutes left before referee Kevin Friend’s final whistle was the cue for wild celebrations for the home side.

Norwich were fiercely disciplined in defence but also ambitious and confident when they had the ball, not afraid to play out from the back, unlike back in the pre – Pep days when most smaller teams would usually set up to “park the bus” against one of the bigger teams.

This goes to show how Pep’s style of Tiki Taka football has revolutionised English football as now even the teams tipped at the beginning of the season for relegation are adopting the Spaniard’s style of play.

They had 11 high-class performers but special mention should go to Ibrahim Amadou at the back and the creative brilliance of Buendia, who pressed City into submission as he proved with the third goal.

At the head of it all was Pukki, on the mark once more with a poacher’s strike but also unselfish when he passed across the face of goal for Cantwell.

When City’s inevitable charge came, Norwich were almost out on their feet but hurled their bodies around the penalty area to block shots while goalkeeper Tim Krul performed heroics when called upon.

This was a complete performance that will send self-belief surging through Farke’s side and indeed the supporters who kept up relentless noise throughout an occasion they will remember for a very long time.

Tammy Abraham says he hopes this can be “his season” after scoring a brilliant hat-trick – and an own goal – as Frank Lampard’s young side destroyed Wolves at Molineux.

The England striker, 21, scored his treble in the space of 21 minutes to make it seven goals in his past three appearances – and is joint leading scorer in the Premier League with Manchester City’s Sergio Aguero.

Abraham scored twice in the space of seven first-half minutes after Fikayo Tomori – another 21-year-old – had opened the scoring with a stunning 25-yard finish.

Abraham doubled the lead with a shot on the turn after referee Graham Scott had played an advantage following Conor Coady’s foul on Mason Mount.

Wolves, who remain without a top-flight win this season, fell further behind when Abraham headed home, before the striker became the youngest ever Chelsea player to score a Premier League hat-trick following a superb finish after beating Coady.

In an eventful game, Abraham then scored an own goal as Romain Saiss’ header struck his right hand before crossing the line, before Patrick Cutrone added a second Wolves goal from close range.

Mount, 20, added Chelsea’s fifth goal with virtually the last kick of the game.

I had my doubts at the beginning of the season about Abraham’s ability. I had seen him smash in goal after goal for Bristol City and Aston Villa in the championship, but was unsure whether he could produce the same form in the Premier League, especially after miserably failing at Swansea City 2 years ago.

However, having scored two goals in each of his previous two league games, against Sheffield United and Norwich City, the forward showed off his repertoire of skills in front of goal at Molineux.

Hungry to impress, his first was a clever, instinctive finish, while his second was a scorching header from a cross by Marcos Alonso, who was making his first league start of the campaign.

Abraham’s third, from a Jorginho assist, was perhaps the best, as he calmly beat Coady before producing an angled finish.

A great finisher and top player on his day, but the question is now can he be consistent throughout the whole season and guide the youthful Chelsea to a Champions League spot, come the end of the season.

Other results include, Manchester United returning to winning ways and ending Leicester’s unbeaten start to the season by edging to a Premier League victory in a pulsating contest at Old Trafford. Tottenham manager Mauricio Pochettino stating how his side’s “amazing” performance in Saturday’s victory over Crystal Palace is the “first step” towards rediscovering the consistency of last season. Finally, a Watford side brimming with attacking intent fought back from two goals down at half-time to draw at home to Arsenal in Quique Sanchez Flores’ first match since being reappointed Hornets manager.

Now, realistically I knew when you’re coming up against the European champions and quite possibly the most in form team in the world right now, you’re probably not going to walk away with the 3 points.

However, when your left back scores an absolute screamer to put you 1-0 up, that’s enough to make me happy against such quality opponents.

Premier League leaders Liverpool shrugged off an early scare to sweep past Newcastle and maintain their 100% start to the season with another dominant attacking display.

Sadio Mane was again their go-to man, scoring twice in the first half after Jetro Willems’ unbelievable first goal for Newcastle had given Steve Bruce’s side a shock early lead.

Mohamed Salah added a third after the break, with the third member of Liverpool’s attacking trinity Roberto Firmino providing two brilliant assists and stealing the show with a superb performance from the bench.

For Liverpool, Manchester City’s loss to Norwich has given them breathing space at the top of the table and early promise of winning their first title since 1990. While for Newcastle, a huge game against Brighton next will really go to show if Brucey can truly be a success at St James’s this season.