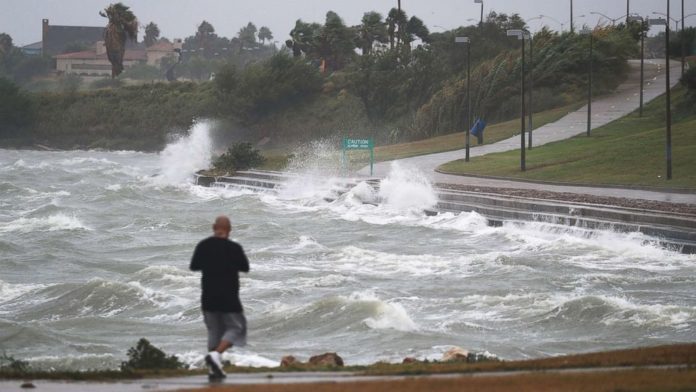 More than 6.5 million Florida residents were without power as extensive damage was reported in many parts of the sunshine state.
Southern Florida is home to the third-largest Jewish community in the United States, with over 540,000 Jews residing there while some 650,000 Jews live in the State itself. But ahead of the storm, many had left town as south Florida became a virtual ghost town.
Drone footage of the city’s downtown area and Miami Beach showed empty streets and beaches. In total, nearly 7 million people were ordered to evacuate and local and federal officials warned that residents who refused to leave their homes would “be on their own” in what was described by the National Hurricane Centre as a “life-threatening situation.”
Officials warned residents, it could be days before rescue teams could reach affected areas because of the damage expected by the storm and until it was safe for teams to support local and state efforts.
Governor Rick Scott said the Florida Keys, a strip of islands off the state’s southern coast, had suffered a substantial amount of damage. “It’s horrible what we saw,” Scott said after flying over the island chain with the Coast Guard.
He said the water, electricity and sewage systems in the Keys were all non-operational and that trailer parks had been “overturned.”
The recovery phase is now underway which according to the Governor will take some time.
The storm downed power lines, felled trees and left debris and vehicles strewn across the streets. But concrete homes appeared to have withstood the gusts. The catastrophic monster storm roared ashore as a powerful Category 4 hurricane when it hit the Keys on Sunday, ripping boats from their moorings and flattening palm trees.
The storm was so large, it had previously devastated a string of Caribbean islands. But its interaction with land in the Caribbean weakened it and by the time it had arrived at the base of Florida, Irma had been downgraded to a Category 4 with maximum sustained winds of 130 miles per hour. A few hours later, it was downgraded to a Category 3 storm.
Its landfall in Cuba made history, as the first Category 5 hurricane to strike that island nation since 1924. But while Florida may have escaped the worst, the overall death toll jumped to at least 60 after Cuba said 16 people had been killed over the weekend.
On the Caribbean Island of St Maarten, Chabad Shaliach Rabbi Moshe Chanowitz told Yeshiva World News that his Chabad House was destroyed. The Rabbi, his wife Sara and five children aged under 8, remained on the island during Hurricane Irma to offer assistance to others.
But they themselves were saved from the storm by hiding in the Mikva room and now have no place to stay. There is no running water, no power and no fuel. The Chabad House had been running on a small generator, but the gas supply was dwindling. The hurricane caused catastrophic damage to St. Maarten which is jointly administered by France and the Netherlands.
Rabbi Mendel Zarchi and his wife Rachel, co-directors of Chabad Lubavitch of Puerto Rico and who oversee Chabad in the Caribbean, put together a team and a joint effort began.
Meanwhile the U.S. Army sent aircraft to the Island to rescue approximately 1,200 American citizens at the U.S. State Department’s request. Approximately 5,000 American citizens were believed to be trapped on the Island including some in urgent need of medical assistance.
Rabbi Chanowitz also managed to secure seats for his family on a flight to Puerto Rico and after Shabbat they were flown to New York.
The Chabad Shaliach of the Island of St. Thomas, which also suffered tremendous damage, boarded a boat with his family for the 50-mile trip to Puerto Rico. The situation in St. Thomas was reported to be dire, with reports of widespread looting.