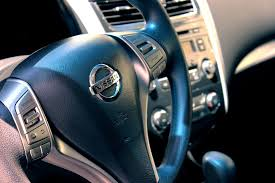 Carmaker Nissan has been testing its new driverless cars on public roads in London.
It’s the first time anywhere in Europe that autonomous cars have been let loose on the public highway.

The manufacturer put the electric vehicles through their paces around a complex route in east London, taking in stop signs, dual carriageways, pedestrian crossings and parking challenges.
The firm says the cars have had no accidents and only a handful of incidents in which an engineer in the driver’s seat had to intervene to prevent a crash.
Nissan’s goal is to have a fleet of self-driving cars ready to go as taxis for the 2020 Olympics in Tokyo!