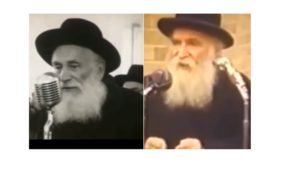 Ya’akov hurriedly spirits his camp to safety across the Yabok river to protect them from Esav’s murderous gang. The Torah carefully delineates the transport of his four wives, and his eleven children…. his entire entourage as well as all of his possessions. Yet, no mention of his lone daughter is included prompting the midrash to pose the well-known query “where was Dinah”? The midrash documents that she was hidden by Ya’akov and concealed in a container so that Esav should not get any “smart ideas”! This dramatic story provides an abiding lesson about protecting ourselves against hostile or dangerous influences. When facing potentially negative forces, the preferred solution is to hide, flee or generally disengage. Protecting our own set of values and the quality of our own religious experience is paramount.
Yet, many are not aware of, or certainly not as familiar with, the continuation of the midrash. Ya’akov is softly rebuked by Chazal for depriving Esav of this ‘kiruv’ opportunity. Perhaps, Esav would be enchanted by Dinah and, in the hopes of marrying his niece, would undergo character transformation and a lifestyle change. Perhaps, he would even have conceded the first-born rights to Ya’akov supporting Ya’akov throughout history rather than warring with him. The midrash applies a pasuk from Iyov chapter 6 which can be read as an admonition of those who withhold rehabilitative opportunities from wayward acquaintances; the midrash even casts the rape of Dinah as eventual punishment for this error. This Midrash- in its entirety- presents a more complex and nuanced assessment of the “Dinah” story.

In a general sense, every religious-minded person must carefully calibrate the degree of exposure to a world replete with hazardous influences. Some people are more determined to keep those influences ‘at bay’ while others, acknowledging the impossibility of this approach, admit greater exposure with the hope of properly applying filters. It is important and honest to wonder about the dangers of over exposure and the dangers of both improperly applying filters or, worse, of not applying any filters. Alternatively, totally suppressing the outside world poses its own set of dangers- chief among them the ‘forbidden fruit syndrome’. Demonizing outside influences may be “creating the monster” by rendering these experiences more tantalizing and seductive. Certainly, the case of Dinah provides a stern warning regarding this danger- her “protective custody” and lack of exposure only heightened her curiosity and ultimately drove her to an inappropriate setting. The balance between healthy “insulation” and metered exposure is a difficult one and shouldn’t be oversimplified toward either extreme.

Though this balance is complex and delicate in a general sense, the “Esav factor” should alter the calibration and the decision. It is one thing to insulate ourselves against the foreign influences of a broader world; it is quite another to sever ourselves from those close to us who can benefit and be inspired by sustained contact with us and exposure to our lifestyles. The implicit message of the midrash is that, in an attempt to inspire the “other”, especially if that ‘other’ is a family member or someone close to us, some degree of risk-taking is valid and even expected. I don’t belong to the Lubavitch community, but I have spent quality time visiting some very impressive Shluchim who have relocated their families to very religiously challenging environments. Sometimes the move reinforces religious commitment; operating in a foreign setting often evokes the “best within us” and provides a clear and sharp sense of conviction and principles. However, this decision can, and sometimes does, exact a very heavy toll upon the internal family of the Shliach.
Closer to my own world, the agenda of religious young men serving in the IDF provides many significant benefits. Without question, many feel morally compelled to serve alongside their secular co-citizens: “why should my blood be redder than theirs”? However, moral considerations aside, army service provides an unique opportunity to showcase religion to secular Israelis who are generally saddled with unrealistic but highly negative stereotypes about religion. Joint army service can shatter many of these stigmas by exposing secular Jews to healthy religious role models in an ‘equal’ or level playing field absent of any political agenda or hint of proselytizing. It is undeniable that sometimes this exposure weakens a religious soldier rather than inspiring a secular soldier. Are we to discontinue the entire program and insulate all of our “Dinah’s “ in a box? Some would answer “yes” to this question and discourage army service for religious people across the board. Others are more sensitive to the reproach of Chazal: When the ‘other’ is not just a faceless member of the outside world but part of our very own ‘family’ the equation becomes more complex.
A more delicate dilemma emerges for families with a child who has walked away from religious observance. At a basic human level, a parent doesn’t, and shouldn’t stop loving their child or including that child within the family dynamic. Furthermore, maintaining ongoing ties and continuing family interaction can provide a healthy anchor for a child who hasn’t yet established a stable religious identity. However, within the more intimate setting of a family the price for ‘exposure’ and inclusion can be very steep. Sibling influence is very powerful and inclusion of a sibling who has abandoned religious observance can profoundly affect other younger family members of the family. In this instance the decision of whether to place the entire family in a ‘box’ and disengage from ‘one of our own’ is a very painful question.
There is clearly no generalized solution to the Dinah question, but Chazal simultaneously laud and critique Ya’akov’s decision as a manner of highlighting the two aspects of this dilemma. In the modern context, much of the modern yeshiva world has migrated to a more insulated and less exposure-based interaction with the ‘other’. Both Rav Aharon Kotler and Rav Yosef Kahanamen founded their yeshivos of Lakewood and Ponevezh respectively, far from the diluting culture of the big cities. This ideal of insulation and separation to protect purity and values, has shaped the past 75 years of the yeshiva movement. Other communities – either ideologically or otherwise, are predicated upon greater degrees of exposure and interaction. While it is impossible to champion one policy over another, two conclusions seem obvious: the decision musn’t be oversimplified and opposing policies shouldn’t be vilified. There is really no right and wrong in this challenging dilemma.