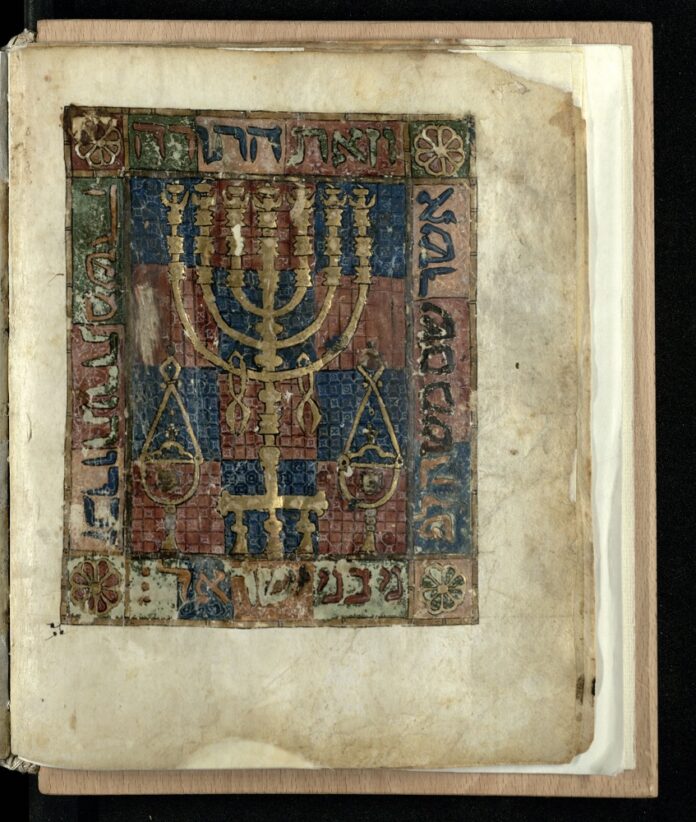 In time for Hanukkah, the Festival of Lights, the National Library of Israel has some very special news related to the handwritten manuscripts housed in KTIV – The International Collection of Digitized Hebrew Manuscripts.

A ten million euro grant from the EU European Research Council has been awarded for the development of AI-driven technologies to analyze the tens of thousands of handwritten medieval Hebrew manuscripts digitized in KTIV.

Although magnificently beautiful, the very nature of handwriting has made handwritten manuscripts difficult – sometimes almost impossible – to decipher and transcribe, thus limiting research.

This 14th century Sephardic manuscript, for example, says “A sign for the first day of Hannukah, on whatever day it will be”. Wouldn’t it be wonderful if this text could be transcribed and read easily? But in the world of historical document research, automatic reading of handwritten manuscripts and textual search of their contents has, to date, been an unattainable dream.

All is about to change. A ten million euro grant from the EU European Research Council has been awarded for the development of AI-driven technologies to analyze the tens of thousands of handwritten medieval Hebrew manuscripts digitized in KTIV.

In the future, these manuscripts – in all forms of handwriting, micrographic texts, margin notes, annotations, and more – will be converted into machine-readable text. The project will allow anyone from any background to wander through this trove of millions of manuscript pages.

It is also hoped that the technology will be applied to other, equally hard-to-read, handwritten manuscripts as well.

The partners to “Project MIDRASH” include the École pratique des hautes études, Paris-Sciences-Lettres University, Tel Aviv University, Bar-Ilan University, along with Haifa University and the National Library of Israel.

To celebrate the award, the National Library of Israel is sharing some magnificent Hanukkah-related images from manuscripts that, in the future, will be analyzed by Project MIDRASH.