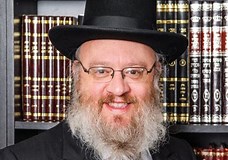 Although many sectors of society, including non-Charedi Jews, have broken government measures, stigmatisation towards Charedi communities has been brutal.  Anger peaked after national media showed footage of a wedding at Yesoday Hatorah School in Stamford Hill last month. The school claimed no knowledge of the Simcha, Jewish lay leaders subsequently met to discuss a growing crisis. Judgement has been ferocious in certain quarters.

Board of Deputies President Marie van de Zyl, in a op-Ed this week, echoes the point.

“The actions of those who have seen fit to hold weddings during lockdown have led to a massive Chillul Hashem and put lives at risk. But I am sure that I am not the only one who feels a great sense of discomfort at the spectacle of some people, including some in our own community, taking a particular relish in attacking the Charedi community, when they keep silent as others break the rules.

“It has been profoundly disturbing to see crass and insulting generalisations hurled at Charedim, or social media attacks on “Frummers”, in recent days.”

Noting a considerable number of Charedim promoting Government’s guidelines,” Ms van de Zyl added, “Anger will not help solve this situation. We now need to proceed calmly and work together to find a way forward.”

Charedi leaders have called for calm and for community members to abide by safety measures.

Dozens of Stamford Hill kosher shops have now backed a Covid-19 campaign to only allow customers wearing masks in stores. Anyone exempt must have an exemption badge or wear a face shield. Plans are also afoot for the community to support a vaccine rollout.

Rabbinic messages came in a week of grim figures detailing 816 Jewish funerals across Jewish communities where the deceased contracted Covid-19 since the onset of the pandemic.

Rabbi Eliezer Zobin, head of the Ner Yisrael community in Hendon, addressed members after speaking with Royal Free Hospital doctors who informed him ICU cases were three times higher than normal for this time of year.

“Their message is clear,” he implored. “Please keep a distance of two metres from other people at all times when out and about, whether in shops or shul, and wear face masks in indoor spaces when around other people. And certainly, don’t just socialise and mix. These simple measures can really save lives.”

The Federation’s Rabbi Shlomo Freshwater, speaking earlier this week, added, “If anyone in your family with whom you are living tests positive or shows symptoms that suggests that they have the disease, it is absolutely essential you self-isolate with the letter of the law,” he explained.

He noted, “This pandemic has gone on for a long time, however this is not an excuse to take things easy. There are dangers outside. Please, please make the utmost to follow the halacha and do everything possible to avoid any dangers to yourselves and others.”

Dayan Abraham David added, “Without excuses we should follow guidelines. We should also grab the opportunity to be vaccinated.”

Rabbi Shraga Feivel Zimmerman, Federation of Synagogues, commented, “I know everyone is tired from keeping these restrictions, but I beg you, I beseech you, I implore you, don’t make any allowances now, don’t let you guard down now. Don’t give up now.”

Dayan M. Gelley, speaking shul attendance with limited numbers, noted there was little point when after davening people congregating “for a good schmooze”. “Even if we are not concerned about ourselves, which we ought to be, we have an absolute obligation to others,” he explained. “It is essential we continue to maintain all the precautions in order to prevent the spread of the disease.”