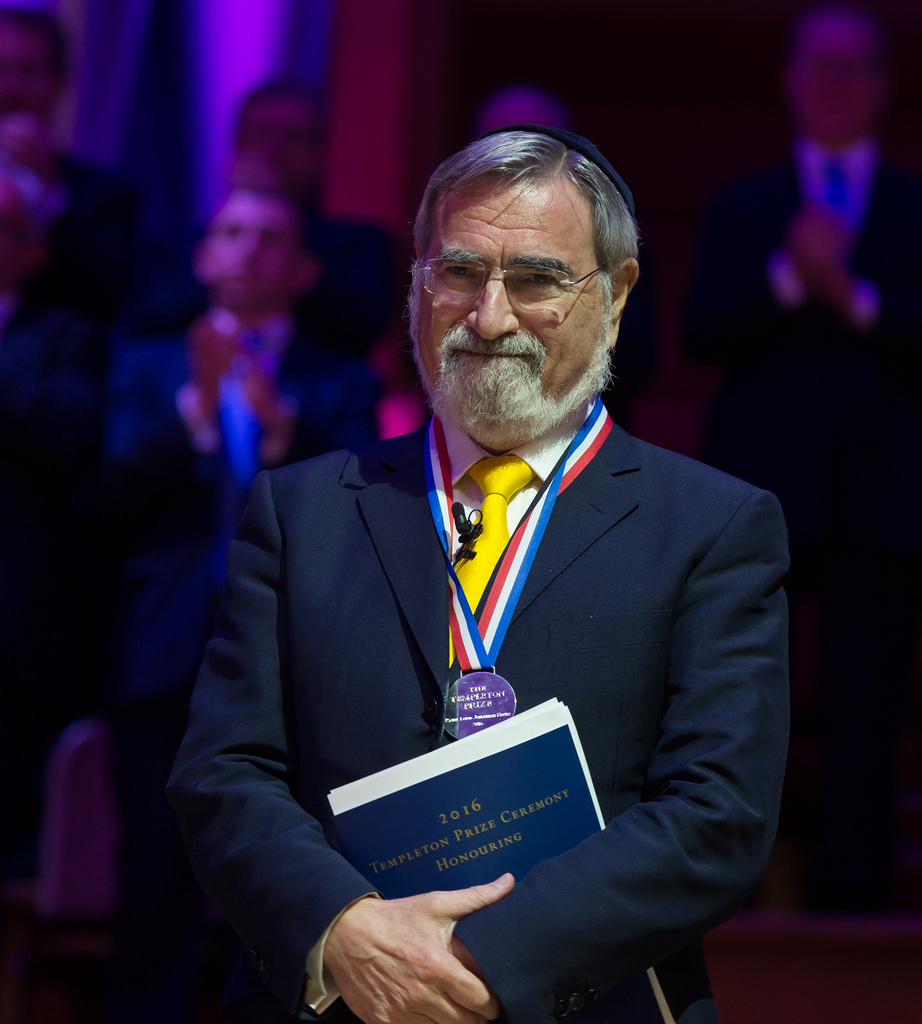 Leader of the United Hebrew Congregations of the Commonwealth for 22 years from 1991 to 2013, he was a prolific author, philosopher and renowned orator.

Rabbi Lord Sacks, 72, announced he was being treated for an unspecified cancer last month.

“Today the world has lost a Torah luminary and intellectual giant who had a transformative global impact,” he said. “Rabbi Lord Sacks was an extraordinary ambassador for Judaism, helping many to understand and be proud of their heritage. He will be deeply missed, not just within the Jewish world, which benefited immeasurably from his teachings, but far more widely, by all those whose lives he enlightened with his wisdom, profundity and inspiration. Our hearts go out to Lady Elaine, Joshua, Dina, Gila and the entire family. May they be comforted by the knowledge that his remarkable legacy will live on in the hearts and minds of the countless people he inspired.”

Prime Minister Boris Johnson said, “I am deeply saddened by the passing of Rabbi Lord Jonathan Sacks. “His leadership had a profound impact on our whole country and across the world. My sincere condolences to his family, friends and the Jewish community. May his memory be a blessing.”

Labour leader Keir Starmer said he was “a towering intellect whose eloquence, insights and kindness reached well beyond the Jewish community. I have no doubt that his legacy will live on for many generations.”

Israel President, Reuven Rivlin, said, “We will always remember his warning against violence in the name of God and his belief that we can heal a fractured world. Condolences to his family, to British Jewry and to his students. May his memory be a blessing.

Israel’s leader of the opposition, Yesh Atid party MK Yair Lapid, noted, “Today the world lost a Rabbi, a Lord, a wonderful philosopher. The world will miss him, I will miss him.”

Yamina Chairman Naftali Bennett said, “Today the Jewish world, and the whole world, lost a great light. Rabbi Lord Jonathan Sacks will be remembered and always celebrated as one of the greatest Jewish thinkers and teachers.”

Board of Deputies President, Marie van der Zyl, commented, “We are distraught at the news of the passing of Rabbi Lord Sacks. Rabbi Sacks was a giant of both the Jewish community and wider society. His astounding intellect and courageous moral voice were a blessing to all who encountered him in person, in writing or in broadcast. His outstanding tenure as Chief Rabbi led to a revolution in Jewish life and learning which has ensured his legacy will pass not just through his own beloved family, but through generations of our community’s young people too.”

Chief Rabbi Pinchas Goldschmidt, Conference of European Rabbis president, “We are truly saddened to hear of the passing of our Associate Vice President, Rabbi Lord Sacks, as we come out of the Sabbath. Rabbi Sacks was a giant of World Jewry and will be truly missed. His scholarship and oratory skill were without parallel and he has been an inspiration to an entire generation, no matter their faith. We hope his memory will be a blessing to his family and all those who were influenced by him.”