From the Editor’s desk 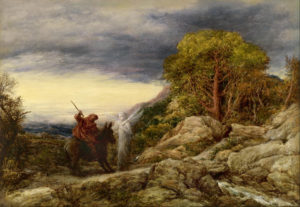 ‘Behold a nation that dwells alone.’ (Numbers 23:9) The famous words of our Biblical arch enemy Ballam have been hammered home loud and clear these past 72 hours.

During the escalation of violence on Tuesday and Wednesday, whilst Israel was being bombarded with hundreds of rockets from Gaza, launched by terrorists determined to completely ‘wipe out Tel Aviv,’ it was extremely disturbing that barely any live coverage was on mainstream news channels at all.

A leading news channel, as an example, had no coverage whatsoever in its main news section. Indeed, you had to go to a subcategory of World News to even spot it. A leading national newspaper found it more newsworthy to make mention of an individual who lost his air miles as a result of pretending he had a different cat onboard to the one he actually had.

Several Jewish Weekly readers were stunned to hear from their relatives living in Israel that there had been an escalation of violence, as they had absolutely no idea whatsoever that anything had happened in Israel at all, let alone over 450 rockets in 2 days. They were stunned at the appalling lack of coverage in this country and indeed across Europe and the world.

Israel’s assassination of a leading terrorist threat to its citizens, who had planned many atrocities and was in the process of planning many more, will make Jews around the world more safe and secure, even if the rest of the world takes barely any notice.