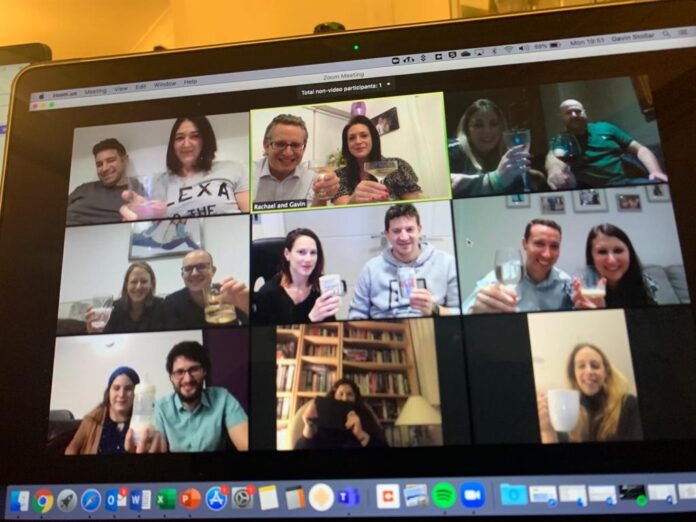 The Norwood Annual Dinner has been a staple of the charity world social calendar for more than 200 years. This year, with no possibility for 1,000 people to gather in the Grand Ballroom of London’s Grosvenor House Hotel to celebrate Norwood’s 225th anniversary, the charity had to “reimagine” this glittering occasion and make it virtual for the first time. As a result, an unprecedented record-breaking number of more than 4,000 people from across the world tuned in to watch Norwood’s Annual Dinner Reimagined at 8pm last night [Monday 9 November].

On the eve of the event, the charity’s Patron, Her Majesty The Queen, sent a personal message to say: “On the occasion of your 225th anniversary, I send my warm good wishes to Norwood’s beneficiaries, staff and all those associated with the charity. As your Patron, I am well aware of Norwood’s long association with The Royal Family, and of your continued important work in providing support and care to individuals and families experiencing difficult times. I wish you all an enjoyable and memorable Virtual Dinner event this evening, as you celebrate this significant milestone in the history of Norwood.”

As well as viewers being shown first-hand the impact of Norwood’s work on three families – the films focused on three extraordinary young people: Sophia, Sara and Jeremy – guests were entertained by a spectacular line-up of celebrities and entertainers, who all donated their services for the charity. Some, had personal reasons for taking part…

Host Jonathan Ross got involved with Norwood after seeing Talya, the eldest daughter of the charity’s chief executive, cycling past his house during the first lockdown in May. Talya has mild quadriplegic cerebral palsy, learning disabilities and a severe visual impairment and Ross was so taken with the sight of her cycling a red tricycle and singing at the top of her voice that he instantly agreed to host the Annual Dinner Reimagined and has since also donated his winnings from ITV’s The Chase Celebrity Special to the charity.

Singer Craig David also has a personal reason for performing. He first encountered Norwood when a group of the charity’s supporters and service users were cycling to raise funds in South Africa. David, who was on tour there at the time, was so touched by what he saw of Norwood’s work that he invited the entire group to see him perform in Cape Town. On his return, he has also played an exclusive “Up Close and Personal” show in Central London to raise funds for Norwood.

Lulu and Dame Darcey Bussell have both performed for the charity previously and felt compelled to help out in these difficult times. While Michael McIntyre, Lewis Capaldi, Natasha Kaplinsky, “Judge” Rob Rinder, Katie Piper and Strictly’s Aljaz and Janette complete the incredible line-up that Norwood was able to bring together for this groundbreaking and record-breaking event.

Norwood’s chief executive, Dr Beverley Jacobson, says: “This year has been challenging for everyone and while, in our services, we made changes to ensure the safety of the people we support and staff, we had to think more innovatively about how we can fundraise online to make our services sustainable in such tough economic times. Our Annual Dinner Reimagined was a dream of Orly Wolfson and her fantastic Annual Dinner Committee which was then brilliantly executed by Verity London. We are incredibly proud of our achievement which ensures that we stand out in a crowded marketplace while demonstrating what can be achieved through belief, passion and commitment.”

Thanks to the efforts of the celebrities and Norwood’s supporters, the virtual event surpassed all expectations. Due to the complex nature of the fundraising, the total amount raised is still being calculated but it is hoped that the final figure will also match or surpass the amount Norwood has ever raised before in a single night. The event was screened live to supporters of the charity who had pre-registered to watch it, but is still available for general viewing at https://norwooddinner.com or youtube.com/watch?v=xM8dTk6Q5mc.