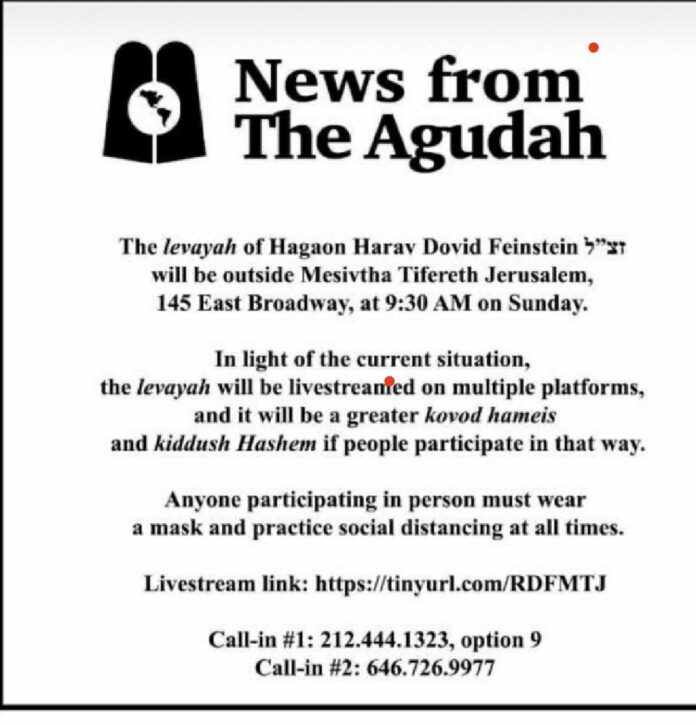 American Jewry mourns the passing of one of its Torah giants, Rav Dovid Feinstein. The son of Rav Moshe Feinstein zt”l and an outstanding Torah scholar in his own right, the passing of the Rosh Yeshiva comes as a huge blow to the entire Torah World.

He was born in Lubyan (Belarus) in 1929. In his lifetime he authored ten books and was considered the leading Halachic authority in the US following the passing of his great father in 1986.

Rav Feinstein was also a leading member of the Rabbinic board of ArtScroll, who published his Kol Dodi in English.

May his memory serve as a blessing.

His funeral will be broadcast and anyone participating in person was encouraged by Agudath Israel of America to adhere to local regulations.