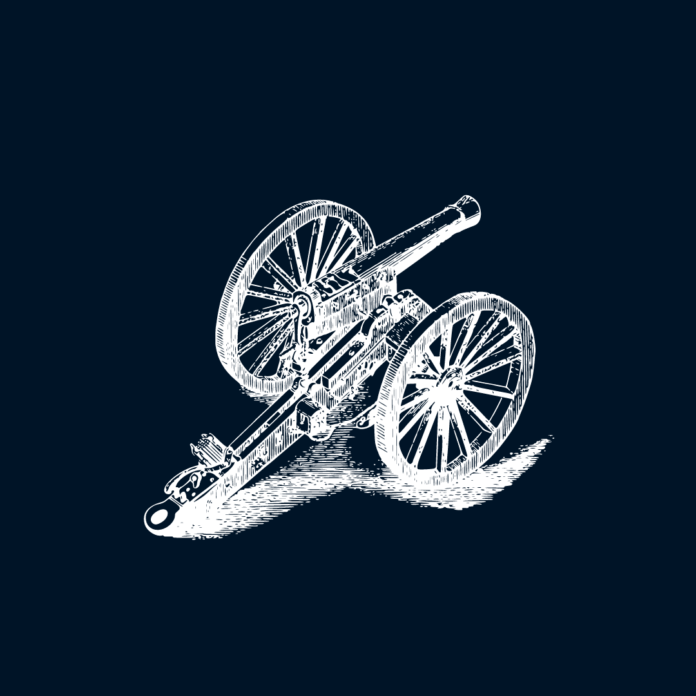 After an overwhelming week at work, Daniel decides to go on a nature hike to recharge. Without letting anyone know of his plans, he heads off into the mountains. As he is enjoying the view and the peaceful quiet around him, he suddenly slips and tumbles off the edge of a cliff. He plunges downwards, but somehow manages to grasp onto a branch jutting out of the cliff face. He clings to the branch for dear life, trying not to look down at the ravine below.

As his life flashes before his eyes, he is struck by a disheartening thought: “I am alone. Nobody knows I am here, and I have no way of escaping. I am going to die.” He begins to take stock of his life, thinking about the good times he’s had and what he has managed to accomplish in his short existence. He thinks about his family, and how much they are going to miss him. Just then, a rope soars past his head, hanging directly in front of him. After a moment’s shock, he grabs the rope and holds on for dear life as someone on the other end begins to pull him up over the cliff edge.

As Daniel reaches the top, he is still gasping and amazed at the fact that he just survived. He immediately asks the man who saved him, “How did you know that I was hanging off the edge of the cliff and needed rescuing?” The man stares back at him blankly and says, “I didn’t. This morning, I randomly decided to practice throwing ropes over cliff faces.”

There are two reactions that Daniel can have to this series of events. He can recognize the miracle that just occurred, thanking God for sending him salvation when all hope seemed lost. Or he can laugh at the unlikely coincidence that this man decided to practice rope-throwing the same exact day that he fell over a cliff face, thankful that he happened to get lucky this time.

This is the exact decision we face in every moment and aspect of life, and this theme runs through the entire Purim story.

Haman and Our Battle Against Amalek

As we encounter Purim and our victory over Haman, let us delve deeper into the unique spiritual and existential battle that the Jewish People must continue to wage against the philosophy of Amalek. As a descendant of Amalek, Haman continued their legacy of Jewish obliteration. As the Maharal explains, Amalek rejects Hashem’s connection to this world or any connection between the spiritual and the physical. Essentially, Amalek denies Hashem’s control of this world and the ability for man to uplift himself to the level of the spiritual. Torah is the epitome of both of these principles, and it provides the guidelines for how to achieve this spiritual elevation. It is based on the axiom of Hashem’s connection with this world, and it is the means for elevating ourselves and all of physicality to a higher purpose. Amalek stands in direct opposition to this, and when they saw that the Jewish People were ready to adopt the Torah way of life, they had no choice but to attack. Amalek’s entire existence is predicated on a lack of connection between Hashem and this world, therefore an acceptance of that principle would mean the cessation of Amalek’s existence. Amalek therefore attacked the Jewish People in order to prevent Matan Torah — to stop the world from accepting Hashem’s Torah and the truth that lies within it. Let us delve deeper into the spiritual nature of Haman in order to understand our battle against Amalek on an even deeper level.

The essence of Haman, the person who most potently expressed the characteristics and mission of Amalek, is revealed in a very strange discussion in the Gemara (Chullin 139b). The Gemara asks, “Where is Haman found in the Torah?” Before we discuss the Gemara’s answer, it is essential that we fully understand the nature of this question. After all, Haman was a man, not a halachic principle, so why is it important to find a source for Haman in the Torah?

Torah is not simply a guide to living a life of truth; it is the blueprint and DNA of this physical world. In other words, our physical world is a projection and emanation of the deep spiritual reality described in the Torah. This is the meaning behind the famous Midrash that says, “Istakel b’Oraisa u’bara alma — [Hashem] looked into the Torah and used it to create the world” (Bereishis Rabbah 1:1). Torah is the blueprint of the world; the physical world is an emanation and expression of Torah, the spiritual root of existence.

To illustrate this concept, imagine a projector. The image that you see on the screen emanates from the film in the projector so that everything you see on the screen is simply an expression of what is contained within the film. So too, every single thing that we see and experience in the physical world stems from the spiritual world — the transcendent dimension of Torah. This is what the Gemara means by “Where is Haman found in the Torah?” Haman’s spiritual root as well must be found within the Torah, and by understanding this source, we can understand his spiritual nature and purpose.

The Gemara answers: “Ha’min ha’eitz.” Ha’min shares the letters as Haman. Right after Adam and Chavah sinned, they were embarrassed, so they hid behind a bush. Hashem then asks them, “Ha’min ha’eitz — Did you eat from the tree?” (Bereishis 3:11). Let us try to understand the profound meaning of this Gemara.

Before Adam sinned, he was on an angelic level, almost perfect. He saw reality through a crystal-clear lens; his body itself was transcendent, and he lived in the spiritual realm of Gan Eden. However, once Adam sinned, his entire existence, his body, and the world itself fell to a lower, incomparably more physical level. The physical no longer revealed the spiritual; it now hid it instead. Once he ate from the Eitz HaDaas, his spiritual vision became distorted and he became confused. At this point, he does the impossible: he hides from Hashem. The problem is obvious: How can Adam expect to hide from Hashem? He knows fully well that this is impossible, but he does so because he is confused. Evil and doubt have become mixed into his very self. While he knows this behavior is ridiculous, a small voice of doubt within him whispers, “Maybe it is possible to hide from Hashem.” In fact, it was the very shame and embarrassment of having eaten from the Eitz HaDaas that made him want to hide from Hashem. He was hiding from the truth — from the consequences of his actions.

However, deep down, Adam hoped that Hashem would come and tell him that everything will be okay, that Adam would be able to recreate the closeness to Hashem that he previously possessed, and that everything would go back to the way it was. This was the true pain of Hashem’s response: “Ayekah — Where are you?” “Ha’min ha’eitz — [Did you eat] from the tree?” The moment Adam acts as if Hashem can’t see him, i.e., the moment he relates to Hashem with doubt and uncertainty, Hashem responds in kind. This is because Hashem relates to us in exactly the way we relate to him. As the pasuk says, “Hashem tzilcha — Hashem is your shadow (Tehillim 121:5).” However you relate to Hashem, He will mirror (Nefesh Hachaim 1:7).

Ayekah, a question of doubt and uncertainty, would become the foundation for all of history. Ayekah has the same letters as “Eichah,” the Megillah we read describing the destruction of the Jewish People’s connection with Hashem. Our destruction is the direct result of denying Hashem’s connection to the world, acting as if He does not see what occurs here. The question of “Ha’min ha’eitz” is the source of Haman, the source of Amalek, the source of all doubt and uncertainty in this world. Hashem asks, “Did you eat from the tree?” as if He does not know. It is this question itself that represents the gap between us and Hashem, a gap that Amalek battles to keep open, a gap that the Jewish People must forever strive to close.

Why Isn’t Hashem Mentioned in the Megillah?

Megillas Esther is unique in that it is one of the only books in Tanach in which Hashem’s name is not mentioned. This is because Purim marks a transition in history, when our battle against Amalek manifested in a new form. Until Purim, history was permeated with consistent open miracles, nevuah was common, and Hashem was openly revealed in the world.

The second stage, ushered in by Purim, is characterized by hidden miracles. In our present world, Hashem is no longer openly manifest and clearly visible. In this stage, we must choose to see Hashem within the darkness — to peer past the façade of a meaningless world. It is in this stage that Amalek’s claims are all the more tempting to believe, as it is so easy to ignore Hashem’s involvement in this world. Our challenge is to see past the surface, to see the miraculous within the natural, the ethereal within the mundane, and the infinite within the finite.

Amalek fights for a God-less reality, devoid of spirituality and meaning; a world of Haman, of doubt, where a gap exists between us and Hashem. Only when you look closer, deepening your gaze, do you see the deeper layer of reality, the transcendent root. Hashem is echad – one – and our goal is to see the spiritual oneness inherent within every event and object in this world. Amalek seeks to hide the truth, to disconnect us from our Source, and thus to strip all meaning from life. Only when we see past the surface, when we trace everything that happens in this world back to Hashem- our spiritual Source, will we ultimately defeat Amalek and all that they stand for.

Rabbi Shmuel Reichman is the author of the bestselling book, “The Journey to Your Ultimate Self,” which serves as an inspiring gateway into deeper Jewish thought. He is an educator and speaker who has lectured internationally on topics of Torah thought, Jewish medical ethics, psychology, and leadership. He is also the founder and CEO of Self-Mastery Academy, the transformative online self-development course based on the principles of high-performance psychology and Torah.

After obtaining his BA from Yeshiva University, he received Semicha from Yeshiva University’s RIETS, a master’s degree in education from Azrieli Graduate School, and a master’s degree in Jewish Thought from Bernard Revel Graduate School. He then spent a year studying at Harvard as an Ivy Plus Scholar. He currently lives in Chicago with his wife and son where he is pursuing a PhD at the University of Chicago.

To invite Rabbi Reichman to speak in your community or to enjoy more of his deep and inspiring content, visit his website: ShmuelReichman.com