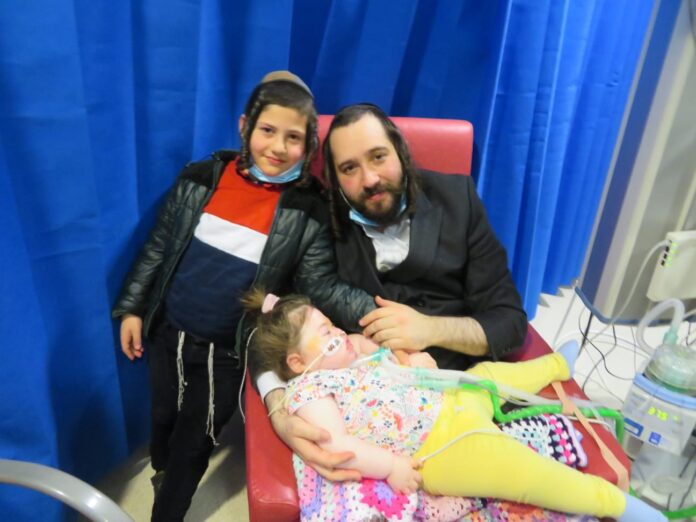 The Jewish Weekly is calling on readers to back a petition to allow a leave of appeal on Tuesday in the heartbreaking case of two-year-old Alta Fixsler who suffered a severe brain injury at birth.

A High Court judge ruled last week that life-sustaining treatment should be withdrawn in preference for palliative care in Alta’s best interests.

But Alta’s family want her to be transferred to an Israeli hospital on religious and ethical grounds.

Lawyers representing the Trust told the court there is “no prospect” of Alta getting better.

Alta’s parents said their Jewish faith means they cannot agree to an action that leads to her death.

And Victoria Butler-Cole QC told the court that Alta’s family want her to be treated in Israel as doctors share their religious and ethical beliefs.

“Hospitals in Israel are willing to accept Alta, the risks of transfer are very low, and the costs of transporting Alta safely will be met,” she noted. “The parents implore the trust to reconsider their position.”

But Mr Justice MacDonald ruled against the family as Alta would be exposed to “further pain and discomfort” during the transfer for “no medical benefit”.

Mr Justice MacDonald said, “The parents cannot be criticised for having reached a different decision informed by the religious laws that govern their way of life. But applying the secular legal principles that I must, and according due respect to the deeply held religious convictions of the parents, I cannot agree with their assessment and am required to act accordingly.”

He concluded, “It is not in the best interests of Alta for life-sustaining medical treatment to be continued, and it is in her best interests for a palliative care regime to be implemented.”

In a statement released after the ruling, Mat Culverhouse, of Irwin Mitchell law firm representing Alta and her family, said, “Naturally, Alta’s parents are disappointed with today’s decision. They are devastated at the prospect of her treatment being withdrawn and are now considering their options with regard to appealing. We’ll continue to support them throughout this difficult time.”

A long-awaited sibling to five-year-old Hershy, Alta was born in December 2018.

Tragically, Alta lacked oxygen at birth and despite doctors declaring she wouldn’t survive more than several hours, she miraculously did. Alta’s parents spent day and night at her bedside. And according to the doctors, as a direct result of this love and care, Alta began gaining strength. There were hopes Alta may come home but complications delayed a special homecoming.

When the hospital advised removal all forms of support, Alta’s parents demanded their daughter be allowed a chance at life with private support at home or abroad. Both were viable options however Alta’s parents were summoned to court where they received the worst news possible. Alta’s family launched an appeal that has surpassed expectations to reach £275,900 to ensure the next chapter of Alta’s life is a good chapter.

‘A Week for Chai’ Fundraising Events raise more than £3,600 for Chai in the North West