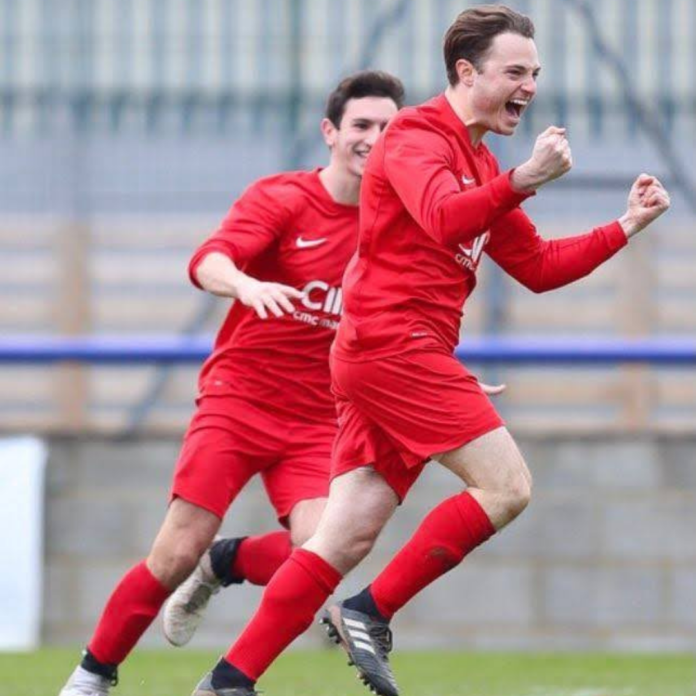 Hendon United Sports continued their march to the Premier League title with a 6-1 win against Maccabi London FC at Rowley Lane.

“We blew away a decent Lions team with a brilliant all-round performance,” he said. “From minute one we never looked like losing. We played with huge confidence, were in control throughout and scored great team goals.”

HMH have matches in hand over Hendon but there is little chance of catching the runaway leaders.

Avi Goldberg’s side eased to a 4-1 win over rock bottom Faithfold White however are 14 points adrift. Man of the match Adam Abadi bagged a brace. Oscar Wagner and Jordan Nathan also hit the target.

Goldberg said, “It was a tricky encounter in windy conditions, but we dominated and despite being pegged back after going a goal up, we ran out comfortable winners.”

London Bears shared the spoils against Club de Chigwell in a 2-2 draw. Both remain clear of Faithfold at the foot of the table.

In Division One, Borussia Jewdinese closed the gap on leaders Stoke Salmon to four points following a 6-3 triumph over lowly FC London Bees.

Stoke are still title favourites but NWL Azzurri could catch Jewdinese in the promotion battle as they trail by 10 points but have games in hand.

Azzuri manager Spencer Saffer commented, “We took control of the game in the second half to carry on our push for promotion.”

Sharpshooter Zacki Doumou struck four goals in Athletico’s “best performance” as a club so far according to manager Adam Nahum, who was amongst the goal scorers with Rafi Rees, Callum Burke and Gabriel Platt. Camden shipped an own goal in a resounding defeat.

Rangers are favourites to land the title but will not want to slip up with a few games left.