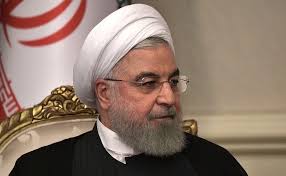 An Iranian underground nuclear site has suffered “significant” damage in a recent explosion.

Iran had rebuffed the fire incident in Natanz as cyber sabotage, but has now acknowledged the strike.

Israel was responsible for the attack according to some media reports, however, Defence Minister Benny Gantz denied the assertion.

“Everyone can suspect us in everything and all the time, but I don’t think that’s correct,” he told Israel Radio. “Not every incident that transpires in Iran necessarily has something to do with us.

“All those systems are complex, they have very high safety constraints and I’m not sure they always know how to maintain them.”

No casualties were reported but precision equipment was hit and could delay production of centrifuge machines.

Bicom noted online, “According to Iran’s atomic agency spokesman Behrouz Kamalvandi, a month after the US withdrew from the nuclear agreement in 2018, Iran began work on advanced centrifuges in Natanz following an order from Supreme Leader Ayatollah Ali Khamenei. Iran is using high-speed centrifuges to enrich uranium. Highly enriched uranium can be fuel for an atomic bomb.

“In June, the International Atomic Energy Agency accused Iran of continuing to increase its stockpiles of enriched uranium, in violation of the nuclear deal.”

Bicom added there had been explosions in Iran in the past 10 days including at a power plant in Ahvaz and east of Tehran near the Parchin military base.

Bicom is concerned Iran may try and retaliate against Israel possibly by Syria, the Islamic Revolution Guard Corps or proxy militias.

Prime Minister Benjamin Netanyahu has called for further sanctions to stop Iran getting nuclear weapons. Speaking at a meeting with US Special Representative for Iran, Brian Hook, Netanyahu noted Iran had misled the international community.

“The international community largely stood idle in the face of Iranian deceit and aggression”, he explained.

Netanyahu praised the US for “maximum pressure” policies towards Iran.

Hook, in Israel on a Middle East diplomatic tour last week, said Israel and the US saw “eye to eye”.

“Iran is the “largest sponsor of anti-Semitism and terrorism” in Middle East and across the globe,” he noted.

The UN backed arms embargo on Iran expires in October.