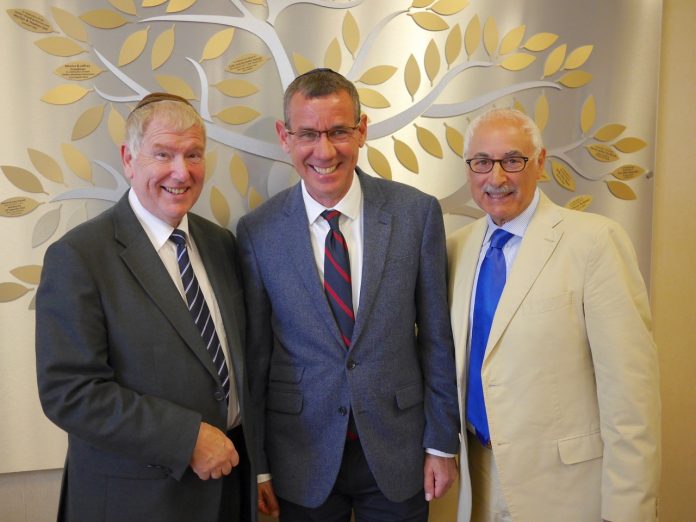 Israeli Ambassador to the UK spent his Sunday afternoon (the first time he has spoken in this part of the Country) in the company of the Southend and Westcliff Hebrew Community. 120 people were spellbound as he framed his talk around the year of 2017. He said “It’s a big year for Israel and the Jewish people.” He went onto mention various notable anniversaries such as 50 years since the Six-Day war, 70 years since the famous 1947 UN Resolution that officially called for the establishment of a Jewish State, 40th anniversary of the peace treaty between Israel and Egypt.
On putting biased media into perspective, he said he appears on TV to refute false claims, but it’s not life or death. Not like soldiers putting themselves in danger. And if he is not seen on TV, that’s a good thing, because it’s usually due to bad news.He then gave a powerful reflection on Prime Minister David Ben Gurion watching young people celebrating the birth of Israel in 1948 – while everyone celebrated, he was solemn because he knew the battle for Israeli independence had only just begun and many of the people he was watching would not be there next year. The Ambassador revealed that Prime Minister Netanyahu is coming over to the UK in November to help celebrate and mark 100 years since the Balfour Declaration. The Ambassador said “The Balfour declaration was important as it recognised the right of the Jewish people to self-determination. We mark with pride the role that Britain played in helping the establishment of the only true democracy in the Middle East. Britain is a strong and stable ally and trade between the two Countries in 2016 was five billion pounds.”