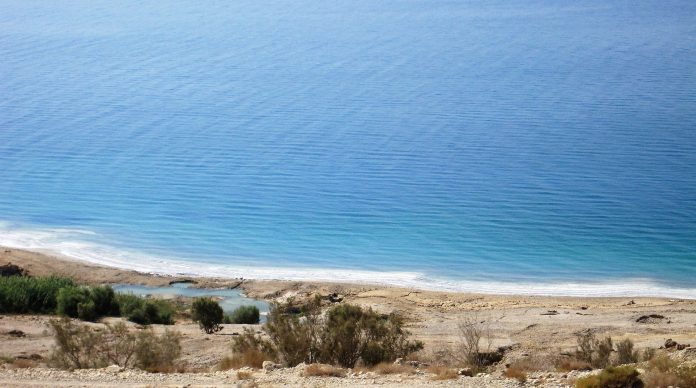 During the last few years the decreasing winter rainfall levels especially in the north have led to record lows of water measurements in August, the Water Authority reported.
One such negative water level was recorded in the Kinneret (Sea of Galilee), with more water currently being pumped and evaporated out of the lake than water flowing into it. The second is a very low level of water flow into the Mountain Aquifer via the Taninim Springs.
Due to the Kinneret’s low water levels, more areas from the bottom of the lake are surfacing as small islands.
In the past four years, precipitation amounts have fallen far below the multi-annual average. The Water Authority says that this year appears to be one of the worst and most difficult years for the country’s water resources.
The negative peak in the Kinneret indicates that more water is evaporating than entering the lake from the Jordan River and the streams flowing down from the Golan Heights.
The Water Authority noted that each year in August, an average of 20 million cubic meters of water enter the lake, around 30 million evaporate from it and about five million cubic meters of water are pumped out of it by the state. In total, that is an average decrease of 15 cubic meters.
This year, due to a decrease in the amount of water entering the lake, along with an increase in evaporation due to high temperatures, the amount of water in the lake decreased by 26 cubic meters. The previous record for the August water level decrease was 25 cubic meters, registered in 2014. This year, the water level in the Kinneret decreased during the month of August by 27.5 cm.
Although in the centre of the country the amounts of rainfall were closer to the average received per year, the situation is very different in the north which is far below the average. Water flowing into the Mountain Aquifer registered at 0.27 cubic meters per second.
Water Authority spokesman Uri Shor said the previous record low was measured in December 2002 and stood at 0.29 cubic meters per second.
In the south east, the level of the Dead Sea continues to drop at an alarming speed. In August, the sea’s level dropped by 13 cm, similar to last year’s level and by the end of September it is expected to fall by a further 12 cm.
According to Shor, the dropping water levels at the country’s natural water sources do not affect the availability of drinking water in Israel, because of the various desalination plants. However, he added, “in the absence of the rain and the continued decline of Israel’s natural water sources, nature, agriculture and the environment around us are seriously hurt.”