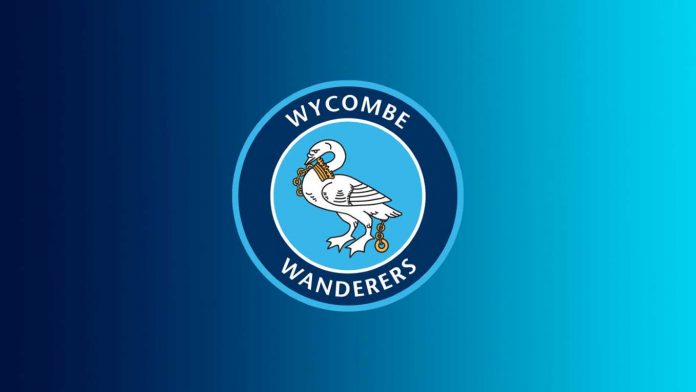 Wycombe Wanderers star Joe Jacobson has been appointed an ambassador for football’s equality and inclusion organisation Kick It Out.
Jacobson will help endorse the messages of Kick It Out by providing support with events and initiatives run by the organisation.
He shared his experiences of being a Jewish professional footballer at a Kick It Out educational workshop at Chiltern Way Academy when reflecting on his experience of faith and football with pupils, in particular discussing the negative impact surrounding the use of the Y-word.
The Kick It Out Ambassador programme brings together footballers from across the Premier League, English Football League, Women’s Super League to champion the organisation’s core messages of equality and inclusion.
Joe joins the likes of AFC Bournemouth striker Callum Wilson, Barcelona star Toni Duggan and Stoke City and England goalkeeper Jack Butland as an ambassador.
Upon his appointment, Joe said: “I’ve always been more than happy to support a variety of Kick It Out programmes and play my part in helping to educate about equality and inclusion, particularly being one of the few Jewish players in the professional game.
“I look forward to working more closely with the organisation to help them continue the excellent work that they do.”
Wycombe boss Gareth Ainsworth, commented: “Joe is a true professional on and off the pitch and everyone at Wycombe Wanderers has great respect for the time and effort that he puts into helping both the local community and the football community as a whole.
“It’s brilliant to see him rewarded with a prestigious ambassador role within Kick It Out and I know he’ll do a brilliant job in supporting their work in equality and inclusion.”
Jacobson’s appointment comes within days of Hemel Hempstead Town F.C. placing on record it’s support for a Football Association investigation to be held following alleged anti-semitic comments aimed at its player, Scott Shulton, during the game at Braintree Town last weekend.
Shultin claims he was sworn at by a former teammate during the Vanarama National League South match.
A club statement said that Hemel would “co-operate fully” with the investigation:
“We would like to make it clear that the club will fully support Scott during this difficult time.
Hemel Hempstead Town F.C. does not condone or accept any form of hate crime based on disability, race or ethnicity, religion or belief, sexual orientation or transgender identity.”
Braintree Town have been made aware of the allegation made by their former player Shulton following the conclusion of the match at home to Hemel.
The allegation was made to the match referee Wayne Cartmel after the game.
Club Secretary Tom Woodley was advised of the player’s allegation and that it would be included in the referee’s report on the match to the Football Association.
The Match Referee added that neither he nor his assistants heard the alleged remark.
Chairman Lee Harding told the club website:
“I was disappointed to hear about the allegation made by Scott. He is well thought of at our Club, having been one of our championship-winning players from the 2010/11 season and he also made thirteen appearances for us this season before signing for Hemel Hempstead Town in the Autumn.
“I am proud that we at Braintree Town have a multi cultural squad with a diverse cross-section of society representing our Club. In my sixteen years at the Club I have only ever seen or heard of one similar situation and that was when one of our players was subjected to racist comments and the matter was reported to, and promptly dealt with by, The Football Association.
“I fully support the decision of the match referee to report the matter to the game’s governing body and we will co-operate fully with any enquiries from the Football Association.
“Braintree Town Football Club has never, does not, nor will it ever condone or accept any form of personal abuse or hate crime motivated by hostility or a demonstration of hostility towards any individual’s disability race religion sexual orientation or transgender identity.”